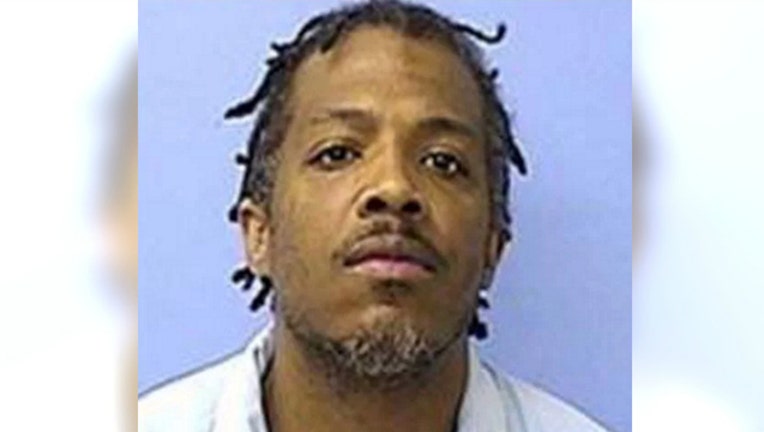 (SUN TIMES MEDIA WIRE) - When a masked gunman ambushed her family sedan in April 2013, Shanice Peatry reached around to her two startled children, pushing her 6-year-old son and 4-year-old daughter down into the back seat as bullets flew toward the car.

But the gunman, who stepped out from behind a shrub as the family returned home from dinner in Dolton, directed his attention toward her boyfriend, FBI informant Keith Daniels. Peatry testified Monday that the gunman fired “so many” bullets “I can’t count,” the Chicago Sun-Times is reporting.

And then that gunman, who seemed to move in slow motion, walked toward the car as Daniels began to get out of the passenger side.

“(Daniels) said he didn’t want nothing to happen to us,” Peatry said.

Peatry said Daniels got out of the car, “stood right there. And he fell.” Meanwhile, the shooter fired relentlessly into Daniels’ body. But before the gunman escaped, Peatry said she saw his eyes, as well as “little dreads,” peeking out from under his black mask.

“I know him by the name of Poleroski,” Peatry testified Monday.

“Poleroski” is the street name of Paris Poe, an alleged assassin for the so-called “super gang” known as the Hobos. And Peatry took the stand at the Dirksen Federal Courthouse Monday as prosectors began to wrap up the racketeering case they’ve been laying out for 11 weeks against Poe and five other alleged leaders of the gang.

The feds have chosen to conclude their prosecution with evidence of the Daniels murder, the most notorious of the nine slayings they have tied to the gang. Prosecutors say Poe gunned Daniels down in front of his girlfriend and two small children on April 14, 2013, because he cooperated with federal investigators against the Hobos.

Though Daniels’ children witnessed the murder, U.S. District Judge John J. Tharp said Monday that prosecutors and defense attorneys had reached an agreement to let them testify by video deposition. It will likely be taken in the judge’s chambers as soon as Friday.

Before Peatry took the stand, prosecutors also played for jurors a recording of the 911 call she placed the day of Daniels’ shooting. On the call, Peatry could be heard telling Daniels to “don’t move, OK? Don’t move, baby.” And finally, after giving her address and a description of the gunman’s Chevy Trailblazer, Peatry told the dispatcher she knew exactly who had killed him.

Poe is also accused of helping execute Wilbert Moore in 2006 for cooperating with the Chicago Police Department against the Hobos. And Monday, federal inmate Mack Mason revealed the extent of the fear the gang still inspires when he decided to risk criminal contempt rather than testify against the gang.

“I choose not to testify for the sake of me and my family,” Mason said from the witness stand.

Mason, who is serving a one-year prison sentence for a cocaine conviction, was expected to testify about conversations he had with Poe. Instead, he repeatedly told the courtroom, “I choose not to testify.” Federal prosecutors said there were no Fifth Amendment issues in play. Mason was eventually led out of the courtroom and back into federal custody.

It’s not the first time fear has gotten the better of a witness in the Hobos trial. In September, former NBA player Bobby Simmons claimed to have forgotten nearly everything about the day Poe allegedly robbed him at gunpoint in June 2006. A pair of federal agents wound up reading Simmons’ grand jury testimony to the trial jurors while Simmons listened from the witness stand.