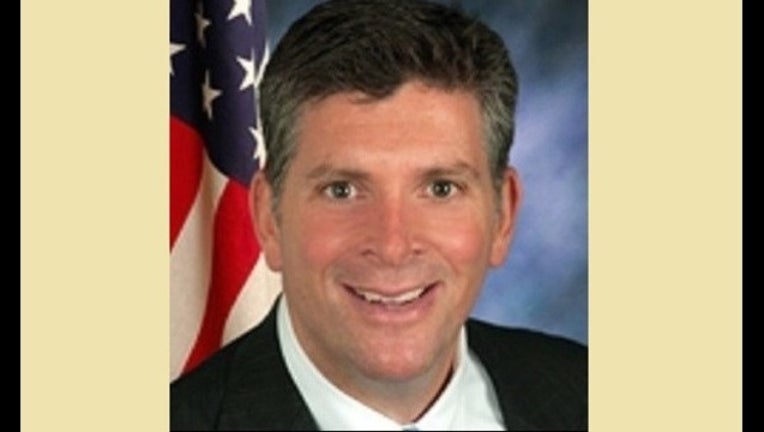 The younger LaHood's victory brings the number of U.S. House members back to 435 and comes after Schock resigned in the middle of a spending scandal that included redecorating his congressional office in the style of television drama "Downton Abbey."

LaHood, a former prosecutor, had an overwhelming advantage over Democratic high school teacher Rob Mellon in the reliably Republican territory that touches 19 counties in central Illinois. Along with name recognition, LaHood had party backing, key endorsements and amassed roughly $1.2 million, compared with Mellon's approximately $10,700, according to campaign finance records.

LaHood, 47, played up his area roots while trying to distinguish himself as more conservative than his father, a longtime congressman who worked in Obama's Cabinet from 2009 to 2013 and was known for his bipartisan approach.

"I have my own record in public service. He has his own record," the senator told The Associated Press by phone ahead of his victory speech. "I'm proud of my record of being a state and federal prosecutor. ... I'm going to take the same approach I took in the Illinois state Senate and be a constructive member of the Republican conference."

He said he plans to take office next week, a process that includes resigning from the Illinois Senate and taking the oath in Washington.

Much of the shortened campaign season, with a handful of debates, focused on the economy. Voters also expressed frustration with inaction in Washington and the Schock scandal.

Schock, once a rising star Republican, stepped down after reports questioning his spending, including global travels documented on social media and concert tickets for employees. Federal authorities have since subpoenaed records, and former employees have testified before a grand jury. He's kept a low-profile since leaving office - aside from attending a swanky Navy Seal Foundation fundraiser in Chicago this week - and declined interview requests.

Turnout was light Thursday, with some county clerks predicting the number of voters wouldn't reach the level of the primary. In July, roughly 11 percent of eligible voters districtwide cast ballots.

Joyce Schmidt, a retiree in Springfield, voted for LaHood.

"He will help stir things up in Washington. I'd like to see some action on the Republican side," she said. "Many have been there too long, they're too comfortable."

Mellon said he tried to tap into the frustration in the district, going after union votes and possibly disgruntled Republicans.

"I always knew it would be a challenge to get those types of voters," Mellon said. "Maybe I opened the door a little bit for someone else."

Liam McDonnell, a retired state worker and union member who registered Republican last year, said he voted for Mellon because "the Republicans are not for working people anymore."

Mellon, a U.S. history teacher and Army veteran, said his major themes included income inequality and campaign finance. He vowed not to take in more than $150,000, though acknowledged he'd have a hard time getting there anyway.

He said the way the district was drawn hurt him. Mellon, 44, said he was ready to take some time off to rest.

LaHood said he had his work cut out for him in assembling a staff in Illinois and Washington. Though he's expected to miss this week's votes on resolutions in the Republican-controlled House aimed at derailing the international nuclear deal with Iran, LaHood said he planned to read the agreement and ask more questions. Republicans have vowed to continue their efforts.

"There's an awful lot that I need to learn," he said.