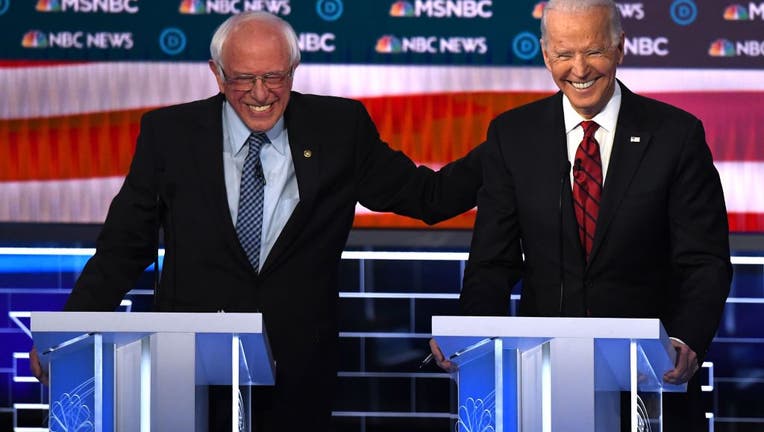 WASHINGTON - The governors of Illinois and Ohio on Sunday confirmed their states’ presidential primaries will continue as scheduled on Tuesday, even amidst the coronavirus outbreak.

“We’re going to go ahead,” Ohio Gov. Mike DeWine, a Republican who has moved aggressively to close schools and other institutions to limit spread of the virus, said on NBC’s “Meet the Press” on Sunday. “But we’re telling people, again, to be careful.”

Illinois Gov. J.B. Pritzker, a Democrat, said his state is issuing similar warnings. “We’re going to go ahead with it,” Pritzker said of the primary. “But we’ve been extra careful at all of our polling places. Everybody is practicing good hygiene. And we’re making sure that it’s safe for people to come and vote. The schools are closed, so many people will be voting in schools. And there won’t be big crowds.”

Arizona and Florida are also scheduled to vote Tuesday night. Early voting his been underway for weeks in all four states, which may limit the crush at polling places Tuesday. Some have worried that predominantly elderly poll workers and volunteers would be exposed to the disease amid crowds of voters.

Two other states that were scheduled to vote later, Georgia and Louisiana, delayed their primaries last week, citing the virus. Georgia, which was scheduled for March 24, moved its contest to May 19. Louisiana, which was slated to vote April 4, will now cast ballots June 20.

The Democratic presidential primary has come down to a two-person contest between former vice president Joe Biden and Vermont Sen. Bernie Sanders. The two men are scheduled to debate Sunday night.