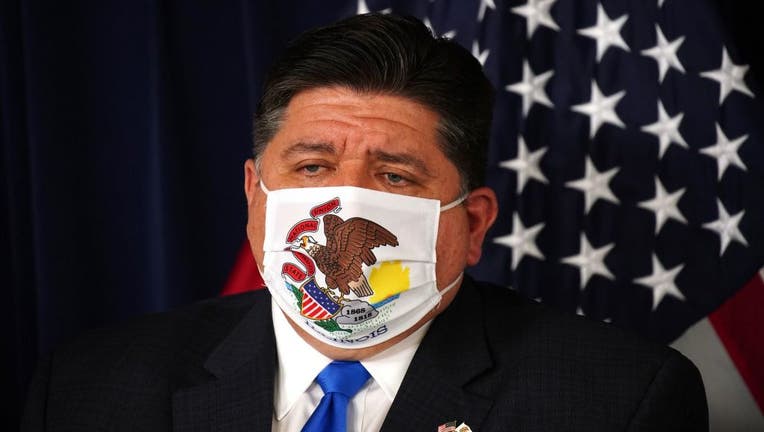 SPRINGFIELD, Ill. - Gov. J.B. Pritzker on Tuesday signed four bills designed to improve the economic standing of people of color as part of the ambitious agenda of the Illinois Legislative Black Caucus.

The Democrat stopped at Union Baptist Church, just east of downtown Springfield, for the signing ceremony with Senate Majority Leader Kimberly Lightford, a Maywood Democrat, and other leading Black legislators.

The latest legislation is the economic portion of the Black Caucus’ "four pillars" of equity and fairness that grew from the police-involved death of George Floyd in Minneapolis last spring. The others are criminal justice and education, which Pritzker has signed, and health care.

Another piece of legislation expands the Illinois Human Rights Act to prohibit employers from disqualifying a job applicant because of a criminal record unless it relates substantially to the job.

Similarly, Pritzker signed into law a measure allowing people with felony convictions to live in public housing. The state’s more than 100 public housing agencies set their own rules. Sponsors said those that bar residents with criminal records contribute to homelessness and recidivism.

Another law requires state review of of the low- and moderate-income loans by banks and other lenders to improve investment in lower income communities.