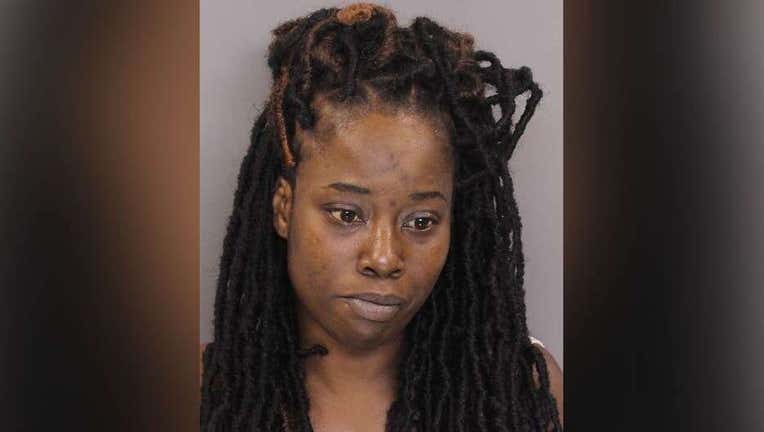 WASHINGTON - A grandmother is speaking out after Baltimore police discovered her two grandchildren dead in their aunt's car during a July 28 traffic stop.

Police on July 30 arrested Nicole M. Johnson, 33, in connection with the deaths of her niece and nephew, 7-year-old Joshlyn Johnson and 5-year-old Larry O’Neil, who were siblings, police said in a press release.

Michelle Johnson, who is the maternal grandmother of the two children, told FOX 45 Baltimore she was concerned for the two children's safety before their deaths and wants both of her daughters, who had the children in their care, arrested.

Baltimore County police say they found the dead bodies of two children in a car during a routine traffic stop in Essex Wednesday night.

"I called the police department to see if someone could help me. I called [child] protective services," Michelle Johnson told the outlet.

A spokesperson for the Baltimore City Department of Social Services Child Protective Services (CPS) told FOX 45 that information related to calls is confidential but confirmed that it is now looking into the case.

Joshlyn had been dead for more than a year and Larry for several months when police discovered their bodies in the trunk of Nicole Johnson's vehicle after pulling her over for speeding. Neither child had ever been enrolled in the city's public school system.

The last time Michelle Johnson had seen her grandchildren was December 2019, when her daughters moved from Ohio to Baltimore after the family got into "a spat" over the care of the two children, the grandmother told FOX 45.

The Baltimore County PD said it would take time to determine the children's exact causes of death and that it is working with the Office of the Chief Medical Examiner and the Baltimore County State’s Attorney’s Office in what the department called a "horrific case" in a press release.

"This truly was a devastating incident – one that not only shocked our community to its core, but significantly affected our patrol officers, forensic technicians, and detectives," Baltimore County Police Chief Melissa Hyatt said in a July 30 statement.

Hyatt continued: "I am grateful that the harrowing details of this case were thoroughly and quickly uncovered, resulting in an expeditious closure to this tragedy. I want to commend all of our Baltimore County Police Department members who worked tirelessly throughout this investigation to bring justice to these innocent, young victims."