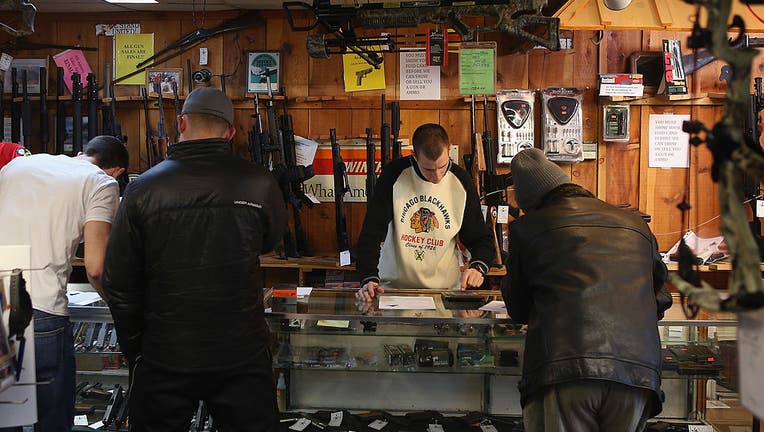 SPRINGFIELD, Ill. - Illinois residents shopped for guns and applied for firearm permits more than any other time in the state’s history as the COVID-19 pandemic raged and Chicago dealt with civil unrest, according to state police data.

There have been more than 500,000 inquiries about gun purchases through November, according to Illinois State Police statistics. That is a 45% increase from 2019. The department also received 445,945 applications for firearm owner’s identification cards, a 167% increase from 166,649 applications in 2017. There are more than 2.2 million Illinoisans with Firearm Owners Identification cards.

Illinois State Police Director Brendan Kelly told the Chicago Tribune the increases were a reflection on the unease and tension seen in the state and across the country.

The first spike in gun purchases came in March, as COVID-19 spread across the United States, and Illinois Gov. J.B. Pritzker issued a stay-at-home order aimed at slowing the spread. There were 64,000 background checks performed in anticipation of a firearm sale, according to state police.

Federally licensed dealers reported more than 65,000 serious inquiries in June, when there was widespread social unrest stemming from killings of Black people by police and the country’s reckoning with systemic racism.

“It was a fear-driven surge of purchasing,” said Mark Jones, a former Bureau of Alcohol, Tobacco, Firearms and Explosives special agent. “Nobody knows (for sure) what is going to happen, but if history is a guide, they are going to find their way into the hands of people who shouldn’t have them.”

Republican state lawmakers, some longtime critics of FOID cards, are calling on the state to suspend the permitting process until the agency can improve its response time.