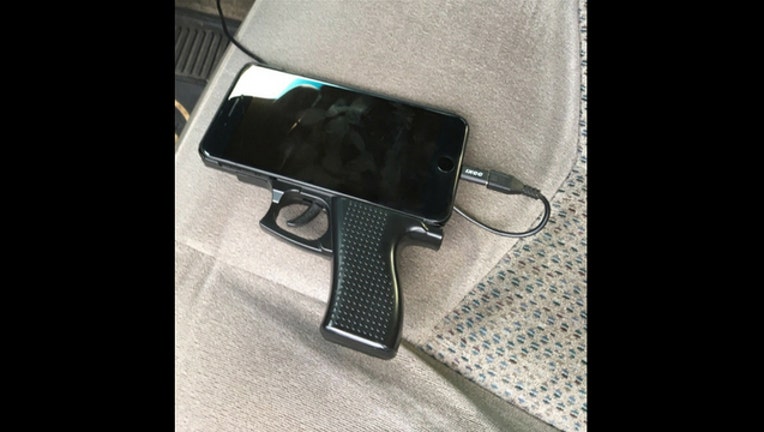 Alhambra police release this photo of a cell phone with a case that looks like a gun.

ALHAMBRA, CA (FOX 11) - On Friday, Alhambra Police released this photo on their Facebook page, showing what appears to be an iPhone with a gun holder attachment, sitting in a car.

Earlier that day, The Alhambra Fire Department responded to a possible medical emergency in an Albertson’s parking lot. After seeing someone unconscious or possibly sleeping in the seat, they noticed a device next to the driver, which looked like a gun next to the driver’s hand. Once officers arrived, they called in a special forces team, and shortly after a standoff, the person surrendered (he was sleeping), and they checked the device which ended up being a cell phone case.

Although the situation ended peacefully, authorities were alarmed by the case looking like a gun. Alhambra Police wants to get the message out that folks should reconsider carrying items that look like weapons in public, since an incident like this could have easily ended tragically.

The man did not need medical attention and was not arrested. Businesses that were closed or interrupted during this incident went back to normal shortly thereafter.