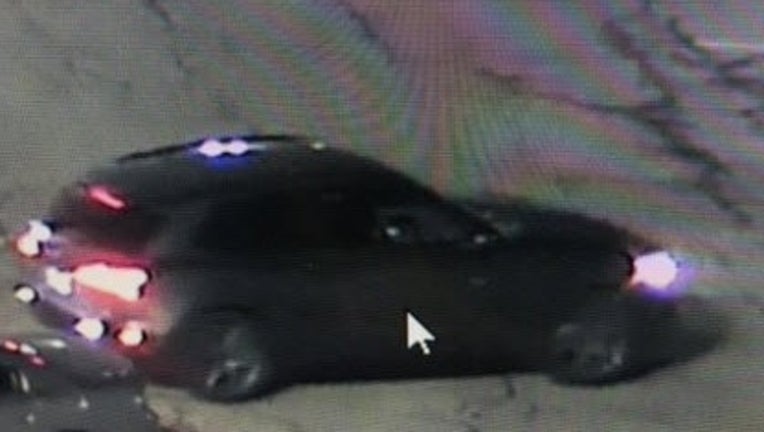 Police say this car is wanted in a Jan. 11 robbery at the Northbrook Court Mall. | Northbrook police

NORTHBROOK - At least three men are wanted by police for robbing a woman at gunpoint Monday and striking her to the ground in a parking lot of the Northbrook Court Mall.

She was walking to her car about 6:30 p.m. when two men stepped out of an SUV, pointed a pistol at her and demanded her belongings, Northbrook police said.

They struck her to the ground and took her purse outside the mall, at 1515 Lake Cook Rd., police said in a statement. The masked suspects then drove off in an SUV with one or two others who were already in the vehicle.

The woman suffered minor injuries and refused to be taken to a hospital, police said.

Police released a surveillance photo of the suspects’ vehicle and asked anyone with tips to call investigators at 847-564-2060.