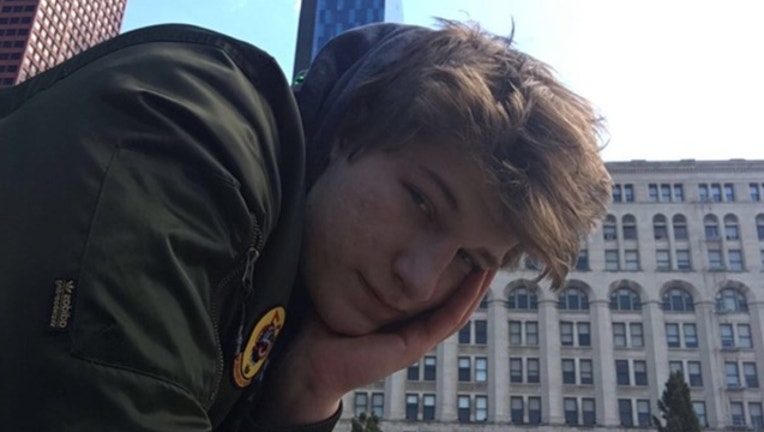 Thomas Kevin Hunt, 18, was driving south on Oak Park Avenue south of Adams Street about 10 a.m. when he tried to pass another southbound vehicle, according to Oak Park police and the Cook County medical examiner’s office.

As Hunt’s vehicle entered the northbound lanes, it hit an oncoming vehicle head-on, authorities said. The northbound vehicle also hit the vehicle Hunt had been trying to pass and an unoccupied parked vehicle nearby.

Hunt was taken to Loyola University Medical Center in Maywood, where he was pronounced dead hours later, authorities said.

Neither of the other drivers involved in the crash was injured, police said.

Hunt designed the cover of the school’s “Tabula” yearbook for this year, according to a letter to the school community from Assistant Principal Lynda J. Parker.

“He was considered to be a selfless individual who always thought of others before himself,” Parker wrote. “Thomas also cared deeply for his sister, who is currently a sophomore at the school and always looked out for her to assist when she needed it most.”

Social workers and counselors will be available at the school throughout the day Monday and will also be present at the start of all of Hunt’s classes, according to Parker. His classmates planned to wear a shirt designed by him on Monday in his memory.

A Meal Train fundraising page has been created to provide meals and support to Hunt’s family.