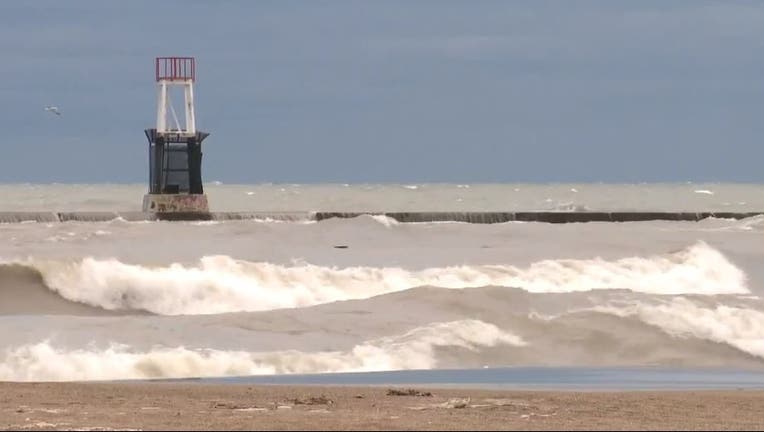 CHICAGO - A flood warning is in effect for the shores of Lake Michigan Friday as high winds kick up waves up to 13 feet.

The lakeshore flood warning was issued Friday morning and remains in effect until 9 p.m., according to the National Weather Service.

Winds are expected to reach speeds up to 45 mph through the mid-morning, creating waves between 9 and 13 feet high in Illinois, with waves up to 18 feet possible in northwest Indiana, the weather service said. Large waves could sweep onlookers into the water if they’re too close to the shore.

The waves, combined with high lake levels, will add to beach and shoreline erosion and could cause flooding along the Lakefront Trail and roads near the shore, especially in the South Shore area, according to the weather service.

After an overcast and breezy start, the clouds and winds are expected to diminish through Friday afternoon, with a high temperature of about 39 degrees, the weather service said. The weekend will be mostly sunny, with a high of about 52 forecast for Saturday and 62 for Sunday.