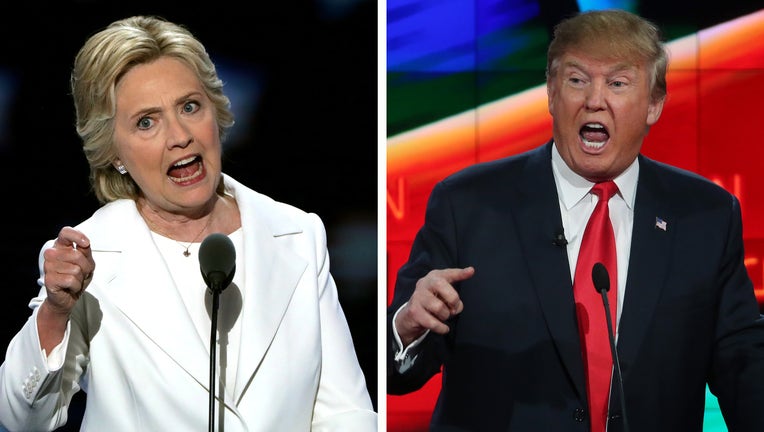 (FILE PHOTO) In this composite image a comparison has been made between US Presidential Candidates Hillary Clinton (L) and Donald Trump. The November 8, 2016 election will decide between Democratic candidate Hillary Clinton and Republican candidate D

Clinton, who ran against Trump in 2016, added that she supports the House of Representatives' newly launched impeachment inquiry.

"My view is that, given the latest revelation, which is such a blatant effort to use his presidential position to advance his personal and political interests, there should be an impeachment inquiry opened," Clinton told CBS News. "And I think, sadly, there are a number of grounds. But this one is incredibly troubling."

She was referring to the dust-up over a July call between Trump and his counterpart in Ukraine, in which he asked for an inquiry into onetime Vice President Joe Biden, Biden's son Hunter, and their dealings there.

"I believe that -- look there were many funny things that happened in my election that will not happen again. And I’m hoping that both the public and press understand the way Trump plays the game,” she told CBS.

Clinton appeared to empathize with Biden, saying "the most outrageously false things" were said about her during the 2016 election and suggested the same thing is happening to the former vice president, seen as a potential 2020 Trump rival for the White House.

"I don't care if you're for the [Democrats] or you're a Republican, when the president of the United States, who has taken an oath to protect and defend the Constitution, uses his position to in effect extort a foreign government for his political purposes. I think that is very much what the founders worried about in 'high crimes and misdemeanors,'" Clinton explained.

"Donald Trump right now poses a direct threat, a clear and present danger to the institutions of our government, to the rule of law, to our standing in the world."

Clinton, long mired in a controversy over her use of a private email server while President Barack Obama's secretary of state, was asked if she gets angry when Trump continues to say she should be "locked up."

"No, it doesn't kill me, because I know he's an illegitimate president," Clinton said. "I believe he understands that the many varying tactics they used, from voter suppression and voter purging to hacking to the false stories ... there were just a bunch of different reasons why the election turned out like it did."

She added, "It was like applying for a job and getting 66 million letters of recommendation and losing to a corrupt human tornado."