CHICAGO - Authorities are investigating after a horse was found dead with another hurt Saturday in Englewood on the South Side.

Chicago police and Animal Care and Control were called at 4:19 p.m. for a well-being check on two horses in the 1000 block of West 61st Street, according to a statement from police. The caller “stated that the horses were not looking good, possibly deceased.”

Authorities arrived to find one horse dead at the property, police said. The owner was at the scene when officials responded.

Ald. Raymond Lopez (15th) wrote on Twitter that authorities found one injured horse along with a Rottweiler eating the dead one. 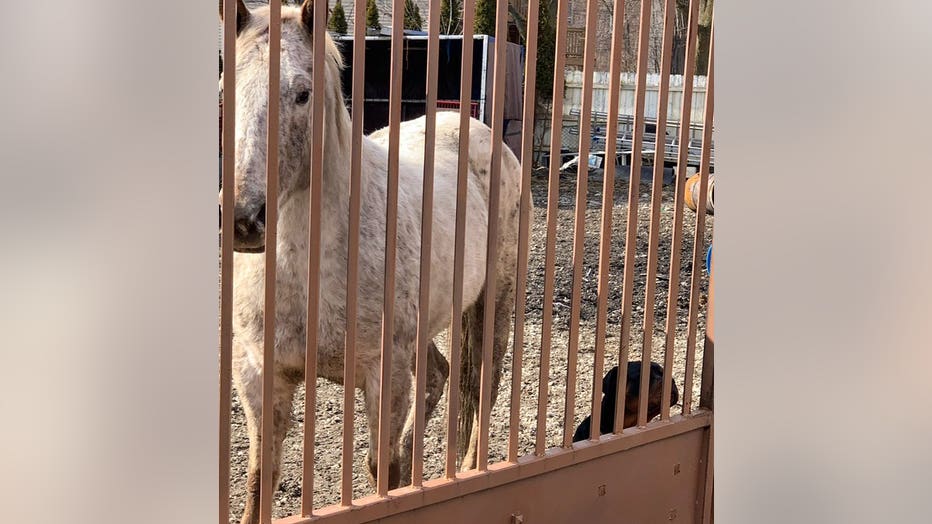 Chicago police and Animal Care and Control are investigating after one horse was found dead and another injured Feb. 15, 2020, at a yard in the 1000 block of West 61st Street in Englewood. | Ald. Raymond Lopez

He also wrote that the horses were kept with no food or water, no shelter and that they were “covered in feces” and “left for dead,” calling for more regulations regarding farm animals in the city.

No one is in custody Monday morning as the investigation continues.