Even though the program is supposed to be voluntary, hundreds of CPS high school freshmen — mostly on the city’s South and West Sides — were automatically enrolled in military-type education classes during the last two years, a new report has found.

CHICAGO - Even though the program is supposed to be voluntary, hundreds of CPS high school freshmen — mostly on the city’s South and West Sides — were automatically enrolled in military-type education classes during the last two years, a new report has found.

"At some CPS high schools, [Junior Reserve Officers’ Training Corps] enrollment often operated like a pre-checked box: Students were automatically placed in JROTC and they had to get themselves removed from it if they did not want it," according to the summary of the report from the Chicago Public Schools’ Office of the Inspector General.

"Sometimes this was possible; sometimes it was not. Some opt-out procedures were never explained or not easily achieved when attempted."

For two years in a row, four of 37 CPS schools with JROTC programs enrolled 100% of their freshmen, according to the inspector general. Another four schools enrolled between 91 and 99 percent of freshmen, the report states.

The findings, released Wednesday, were prompted by a June 2021 Chalkbeat Chicago report, which detailed, among other findings, that the automatic enrollment occurred at "smaller high schools on the city’s South and West Sides that serve a mostly low-income student body. The city’s larger North Side high schools, where more students are white, have significantly lower percentages of freshmen enrolled in the program." 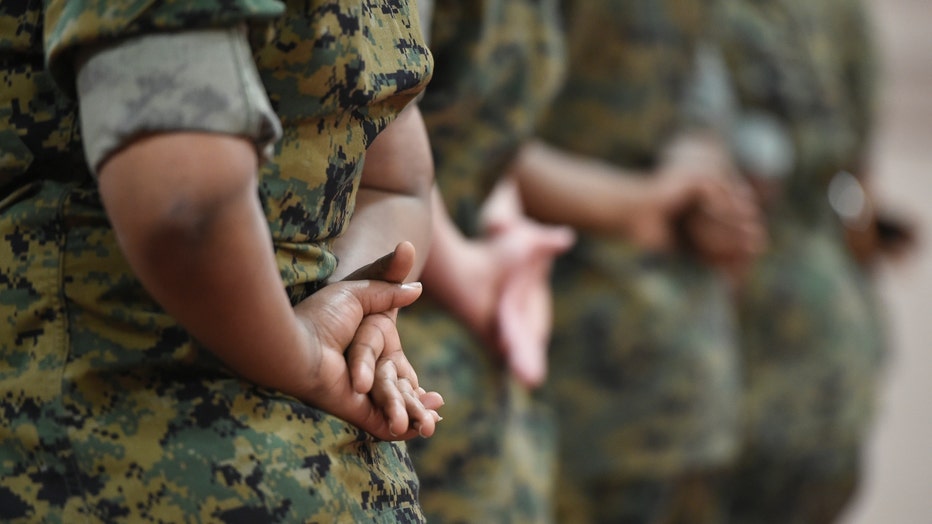 Principals offered a variety of reasons for their high JROTC enrollment, including a shortage of PE teachers or having to cut those teachers because of a lack of funding, the CPS inspector general found.

Some principals said the ROTC classes saved money because CPS and the U.S. Department of Defense split the cost, according to the report.

When asked about their high JROTC enrollment, some school principals spoke highly of the program, according to the inspector general’s report.

"Among other things, they liked its emphasis on leadership-building skills, its scholarship opportunities and the JROTC field trips it offered ‘under-exposed" students,’ according to the report.

As a result of the findings, the CPS inspector general issued 10 recommendations, most of which CPS supports, according to the report. They include, among other things, creating a "universal CPS JROTC parent consent form" and requiring a physical education option in neighborhood JROTC program schools.

In a statement, CPS said Wednesday: "Chicago Public Schools aims to provide all students with an equitable and high-quality education. The district takes all findings of the Office of the Inspector General seriously and replied to the Inspector General on April 20, adopting all recommendations. CPS has already updated policies and procedures related to our JROTC programming, including our enrollment process, public records training, principal training related to JROTC program administration, and a new military instructor pay scale. Many of these critical improvements are underway and others will be implemented upon the start of the 2022-23 school year and will provide a more transparent and equitable approach to operating our JROTC programs for both students and staff."