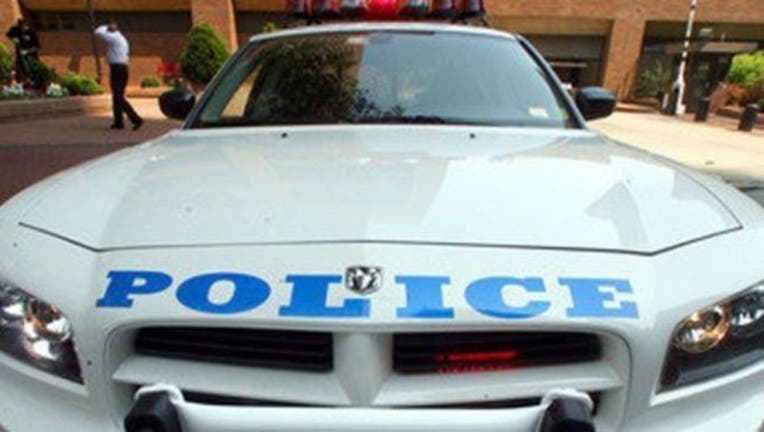 OKLAHOMA CITY (AP) — Flashing lights pierced the black of night, and the big white letters made clear it was the police. The woman pulled over was a daycare worker in her 50s headed home after playing dominoes with friends. She felt she had nothing to hide, so when the Oklahoma City officer accused her of erratic driving, she did as directed.

She would later tell a judge she was splayed outside the patrol car for a pat-down and then made to lift her shirt and pull down her pants to prove she wasn't hiding anything. She described being ordered to sit in the squad car as the officer towered over her. His gun in sight, she said she pleaded "No, sir" as he unzipped his fly and exposed himself to her with a hurried directive.

"Come on," the woman, identified in police reports as J.L., said she was told before she began giving the officer oral sex. "I don't have all night."

The accusations are undoubtedly jolting, and yet they reflect a betrayal of the badge that has been repeated across the country.

A yearlong investigation by The Associated Press has found about 1,000 officers who lost their licenses in a six-year period for rape, sodomy and other sexual assaults; sex crimes that included possession of child pornography; or sexual misconduct such as propositioning citizens or having on-duty intercourse.

The probe at once represents both the most complete examination of such wrongdoing and a sure undercount of the problem, limited by a patchwork of state laws. California and New York, for example, had no records because they have no statewide system for revoking the licenses of officers who commit misconduct. And even among states that provided information, some reported no officers removed for sexual misdeeds even though cases were discovered in news stories or court records.

"It's happening probably in every law enforcement agency across the country," said Chief Bernadette DiPino of the Sarasota Police Department in Florida, who helped study the problem for the International Association of Chiefs of Police. "It's so underreported and people are scared that if they call and complain about a police officer, they think every other police officer is going to be then out to get them."

The AP's review is based on a state-by-state pursuit of records on decertification, the process by which a law enforcement license is revoked. Though nine states and the District of Columbia declined to provide information or said they did not track officer misconduct, decertification records from 41 states were obtained and then dissected to determine whether the cause of revocation involved sexual misconduct.

All told, the AP determined that some 550 officers lost their licenses from 2009 through 2014 for sexual assault, including rape, pat-downs that amounted to groping, and shakedowns in which citizens were extorted into performing favors to avoid arrest. Some 440 other officers were decertified for other sex offenses or misconduct, including child pornography, voyeurism in the guise of police work and consensual but prohibited on-duty intercourse.

About one-third of the decertified officers were accused in incidents involving juveniles. Overall, the victims were overwhelmingly women and included some of society's most vulnerable — the poor, the addicted, the young. Others had criminal records, sometimes used by the officers as a means for exploitation. Some were victims of crime who, seeking help, found themselves again targeted by men in uniform.

The law enforcement officials in these records included state and local police, sheriff's deputies, prison guards and school resource officers. They represent a fraction of the hundreds of thousands whose jobs are to serve and protect. Nevertheless, the AP's findings suggest that sexual misconduct is among the most prevalent complaints against law officers.

Cases from just the past year demonstrate the devastation of such depravity.

In Connecticut, William Ruscoe of the Trumbull Police began a 30-month prison term in January after pleading guilty to the sexual assault of a 17-year-old girl he met through a program for teens interested in law enforcement. Case records detailed advances that began with texts and attempts to kiss and grope the girl. Then one night Ruscoe brought her back to his home. The victim told investigators that despite telling him no "what felt like 1,000 times," he removed her clothes, fondled her and forced her to touch him — at one point cuffing her hands.

In Florida, Jonathan Bleiweiss of the Broward Sheriff's Office was sentenced to a five-year prison term in February for bullying about 20 immigrant men into sex acts. Prosecutors said he used implied threats of deportation to intimidate the men.

And in New Mexico, Michael Garcia of the Las Cruces Police was sentenced last November to nine years in federal prison for sexually assaulting a high school police intern. The victim, Diana Guerrero, said in court the assault left her feeling "like a piece of trash," dashed her dreams of becoming an officer, and triggered depression and flashbacks.

"I lost my faith in everything, everyone, even in myself," said Guerrero, who is now 21 and agreed to her name being published.

Experts on sex assault believe most victims never come forward, and said fears can be compounded if the offender is an officer. Diane Wetendorf, who started a support group in Chicago for victims of officers, recalls the stories of those who did go to authorities: Some women's homes came under surveillance or their children were intimidated by police. Fellow officers, she said, refused to turn on accused colleagues.

"It starts with the officer denying the allegations — 'she's crazy,' 'she's lying,'" she said. "And the other officers say they didn't see anything, they didn't hear anything."

The issue will be in the spotlight beginning Monday in Oklahoma City, where former Officer Daniel Holtzclaw is scheduled for trial, accused in the rapes, sexual battery or exploitation of 13 women, including J.L. The AP doesn't name alleged victims of sexual assault without consent, and J.L. declined to be interviewed. She immediately reported her accusations in June 2014, and detectives launched a wider investigation.

Police eventually assembled a six-month narrative of alleged sex crimes they said started Dec. 20, 2013, with a woman taken into custody and hospitalized while high on angel dust. Dressed in a hospital gown, her right wrist handcuffed to the bedrail, the woman said Holtzclaw coerced her into performing oral sex, suggesting her cooperation would lead to dropped charges.

"I didn't think that no one would believe me," that woman testified at a pretrial hearing. "I feel like all police will work together, and I was scared."

Holtzclaw, 28, a former football star who is now fired from the Oklahoma City Police Department, has pleaded not guilty. His family has said "the truth of his innocence will be shown in court." His attorney, Scott Adams, would not respond to requests for comment but indicated in pretrial hearings that he will attack the credibility of the accusers, some of whom had struggled with drugs or previously worked as prostitutes.

The youngest of the accusers, who was 17 when she says Holtzclaw raped her on her mother's front porch, said the attack left her unsure about what to do.

"Like, what am I going to do?" she said at the pretrial hearing. "Call the cops? He was a cop."

Here is a by-the-numbers look at the findings of an Associated Press investigation into sexual assault and sex-related misconduct by law enforcement officers, using state officer discipline records from 2009 through 2014. While the AP's review is the most comprehensive available, the numbers are an undercount because some states did not provide information, and even among those that did, some reported no officers removed for sexual misdeeds even though cases were identified via official records and news stories.

—990, the total number of officers who lost their law enforcement licenses because of sexual assault or other sex-related allegations.

—549, the subset of officers who were decertified on allegations of rape, child molestation and other acts meeting the DOJ definition of sexual assault.

—441, the subset of officers who lost their licenses for other sex crimes or sex-related misconduct, such as possessing child pornography (a federal crime); sexting; propositioning people in exchange for ignoring violations of the law.

—310, the number of officers with victims younger than 18. These include school resource officers or those working in police youth programs.

—154, the number of officers whose victims were jail or prison inmates. (Cases include forced sex and allegedly consensual sex among inmates and guards, though even that is prohibited and in some states illegal.)

—44, the number of states that have a process for revoking an officer's license for misconduct, known as decertification.

—7, the number of states and the District of Columbia that said they do not decertify officers.

—3, the number of states that provided no information to the AP.