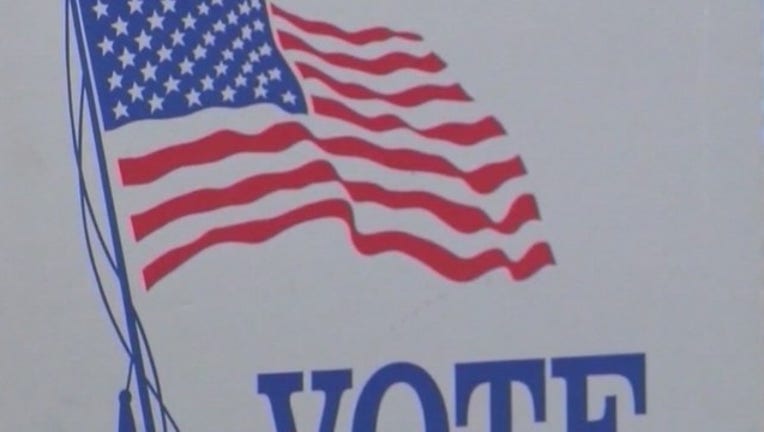 AUSTIN, Texas (AP) - Texas election officials have acknowledged that hundreds of people were allowed to bypass the state's toughest-in-the-nation voter ID law and improperly cast ballots in the November presidential election by signing a sworn statement instead of showing a photo ID.

The chief election officers in two of the state's largest counties are now considering whether to refer cases to local prosecutors for potential perjury charges or violations of election law. Officials in many other areas say they will simply let the mistakes go, citing widespread confusion among poll workers and voters.

The Texas law requires voters to show one of seven approved forms of identification to cast ballots. It was softened in August to allow people without a driver's license or other photo ID to sign an affidavit declaring that they have an impediment to obtaining required identification.

Even after the affidavits were introduced, voters who possess an acceptable photo ID were still required to show it at the polls.

The revelations come as President Donald Trump makes frequent claims that the nation's voting systems are vulnerable to fraud. The president has repeatedly said, without citing any evidence, that he would have won the popular vote if not for 3 million to 5 million immigrants in the country illegally who voted for his Democratic opponent, Hillary Clinton.

An Associated Press analysis of roughly 13,500 affidavits submitted in Texas' largest counties found at least 500 instances in which voters were allowed to get around the law by signing an affidavit and never showing a photo ID, despite indicating that they possessed one.

Others used the sworn declarations to lodge protest statements against the law.

One affidavit from Hidalgo County, along the Texas-Mexico border, read: "Did not want to 'pander' to government requirement." In Tarrant County, an election judge noted on an affidavit: "Had photo ID but refused to show it."

"If we see that somebody blatantly says 'I have ID' and refused to show it, we're going to turn that over to the D.A.," said Stephen Vickers, chief deputy elections administrator for Tarrant County, which includes Fort Worth. "If they tried to use the affidavit to get around the system, yeah, I see that as a violation."

The disclosures came as top Texas Republicans cheered the case of a Mexican national who was sentenced to eight years in prison for illegal voting. Rosa Maria Ortega was convicted earlier this month on two felony counts of illegal voting over allegations she improperly cast a ballot five times between 2005 and 2014 in Tarrant County. Her attorney has said Ortega was a permanent U.S. resident who mistakenly thought she was eligible to vote.

Gov. Greg Abbott and Attorney General Ken Paxton, both Republicans, cited the case as proof that voter fraud is real and requires preventative measures. Abbott crowed via Twitter: "In Texas you will pay a price for Voter Fraud."

His office did not return a request for comment from the AP.

Questionable affidavits were identified in more than 20 counties around the state.

Tarrant County alone had at least two dozen. In Bexar County, home to San Antonio, the top election official estimated that a large chunk of the nearly 600 affidavits submitted should have been declined and voters instructed to cast provisional ballots instead.

Travis County, which includes Austin, identified 70 such cases out of roughly 2,300 affidavits.

In Fort Bend County, a suburb of Houston, more than 15 percent of voters who submitted 313 affidavits said they possessed a photo ID, but they were not required to show it.

Under a court order issued last year, election officials were not allowed to question a voter's reason for signing an affidavit.

The cases do not amount to voter fraud because people still had to be registered to vote to qualify for an affidavit, said John Oldham, Fort Bend County's elections chief.

Poll workers were trained to "err on the side of letting people use the affidavit instead of denying them the chance to vote," Oldham said.

"We don't consider it something that we want to go out and prosecute people over," Oldham said. "But I wish we didn't have this affidavit process. It makes the whole photo ID law entirely meaningless."

The affidavit process was adopted after an appeals court ruled that the voter ID law discriminated against minorities. The change was intended to help voters who could not obtain identification for a variety of reasons, including disability or illness, lack of transportation or conflicts with work schedules.

Nearly 9 million Texans cast ballots in the presidential election, according to state data, and Donald Trump defeated Hillary Clinton by more than 800,000 votes statewide. That means the hundreds of disputed ballots could never have made a difference in the outcome at the top of the ticket.

New York University's Brennan Center for Justice estimated that more than 16,000 affidavits were submitted statewide in Texas. The director of the center's voting rights and elections project said it would be difficult to prove voters intentionally tried to thwart the system by using an affidavit.

"As far as I'm concerned, these are the better part of almost 20,000 voters that would not have been able to participate in this election," Myrna Perez said. "This is just a scratch on the surface."

In August, Paxton warned that voters could be criminally prosecuted for signing an affidavit during the election if they had been issued driver's licenses or other IDs in the past. But a Paxton spokesman was far less harsh this week, saying "only local prosecutors can pursue those who perjured themselves by wrongfully voting with the reasonable impediment declaration."

There will probably be some cases forwarded to prosecutors in Texas' largest county, which includes Houston.

"I suspect there were a number of people purposely breaking the law," he said. "Can you prove it in a court? Probably not without a serious investigation or a lot of legwork."