Officers, mourners turn out by the hundreds to honor Officer Ella French

The 29-year-old's visitation was held at St. Rita of Cascia Shrine Chapel along 77th and Western on the Southwest Side.

The 29-year-old's visitation was held at St. Rita of Cascia Shrine Chapel along 77th and Western on the Southwest Side.

It was a somber day in Chicago, as several hundred police officers — city and statewide — filled into the church to pay their last respects to Officer French.

People started lining up shortly after noon. Many people held hands, consoled one another and brought flowers.

Cardinal Blase Cupich will deliver the homily at the funeral Mass on Thursday.

Officer French was 29-years-old and served just three years on the force. She was currently assigned to the department’s Community Safety Team.

"The very first thing that an officer does when they take that oath, they wanna make a difference. They wanna help," said retired Officer Jacqueline Spaargaran.

French and her partner were shot during a traffic stop in West Englewood on August 7. French died immediately after. Her partner remains hospitalized in critical condition. Two brothers have been charged in the shooting.

A third man accused of acting as a straw purchaser to buy the gun that was used to kill French faces federal gun charges. 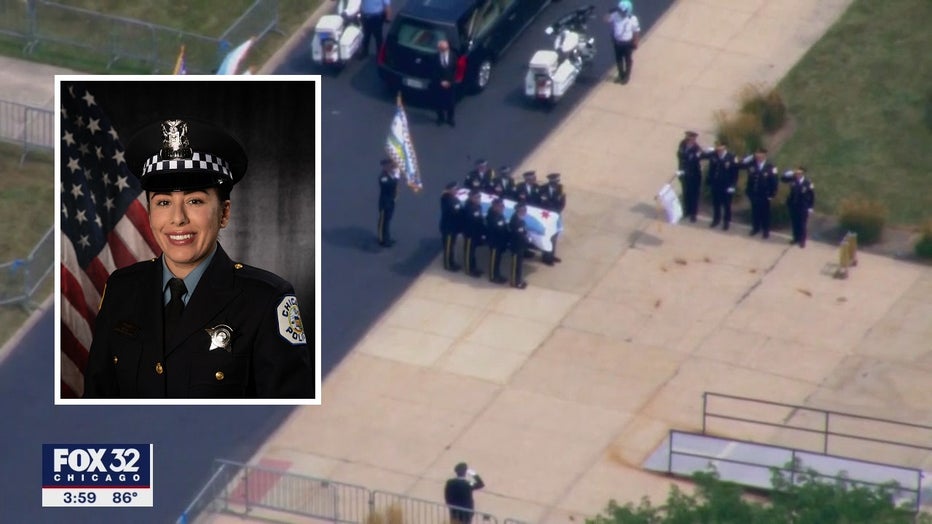 "What happened to her was insane, we just weren’t ready for it," said Jaqueline Sprott.

Sprott didn’t know French, but after learning about her death, she felt compelled to honor the officer in person.

Law enforcement members from around the country including New Jersey, New York, Tennessee and Minneapolis were also in attendance. Gov. Pritzker and Mayor Lightfoot stopped by as well.

The visitation went until 9 p.m. French’s funeral will be held Thursday, also at St. Rita’s, beginning at 10 a.m.