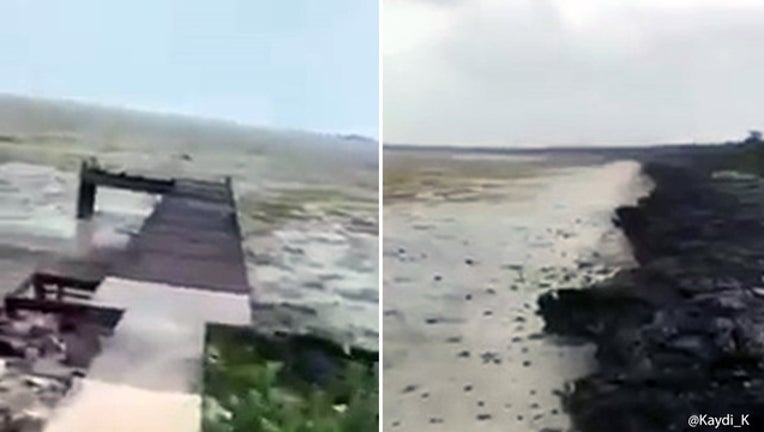 Video posted to Twitter by user @Kaydi_K shows a barren shoreline along Long Island in the Bahamas (PHOTO: @Kaydi_K/Twitter)

LONG ISLAND, Bahamas - Video taken in the Bahamas appears to show a rare phenomenon as it looks as if Hurricane Irma has sucked all the water off the shoreline.

The video, posted to Twitter by user @Kaydi_K on Saturday, shows a person walking along the beach where ocean water was just days before.

“I am in disbelief right now... This is Long Island, Bahamas and the ocean water is missing!!! That's as far as they see,” @Kaydi_K wrote on Twitter.

The Washington Post reports the phenomenon occurred because Hurricane Irma is so strong and its pressure so low that it literally sucked water from its surroundings into the core of the storm.

While many who saw the video feared a tsunami would send water rushing back, the Washington Post said that would likely not be the case as the water will slowly return possibly by Sunday afternoon without any great force.