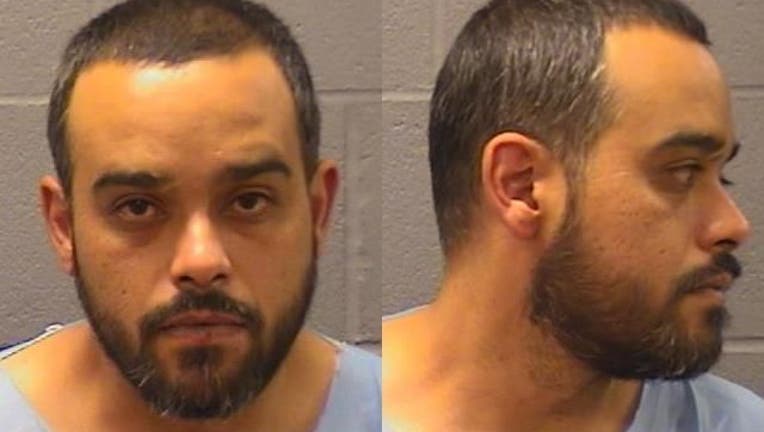 ELGIN, Ill - A 35-year-old man has been charged after authorities say he strangled his wife at their home in Elgin Monday.

At about 6:40 p.m. Monday, officers responded to the area of Lawrence Avenue and North Aldine Street for a report of a found child in the area, Elgin police said.

The officers learned that the child, who was unharmed, lived in the 300 block of Heine Avenue.

When officers responded to the above location, they found another child located in a residence, who was also unharmed.

Officers then located a woman inside the residence, who was deceased.

Ayllon was taken into custody Tuesday in connection to her death.

"The arrest of Mr. Ayllon happened in an expeditious manner and was due to the significant efforts by the dedicated men and women of the department," said Elgin Chief of Police Ana Lalley. "From members of our SWAT team who placed Mr. Ayllon in custody without incident, to members of our Special Investigations Group and Major Investigations Division who worked tirelessly these past few days and our patrol officers who initially responded and ensured the safety of the children involved; their professionalism and dedication is what brought a quick resolution to this case."

Ayllon appeared in court Thursday, and a judge set bail at $3 million.

"The accusations against Mr. Ayllon represent the worst possible outcome of domestic violence, and why this office works so hard to end domestic abuse, said Kane County State’s Attorney Jamie Mosser. "Too often, without intervention, an abusive home situation escalates into violence, and sadly, death."

His next court appearance is set for July 22.