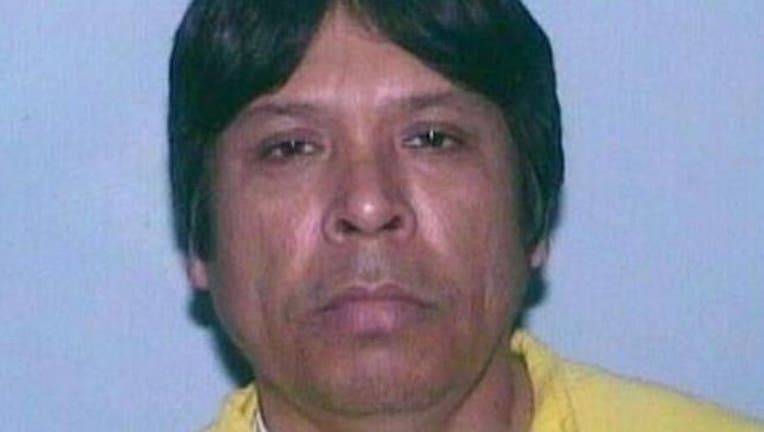 CHICAGO (AP) - A man who escaped from an Illinois prison in 2003 has been arrested by U.S. Immigration and Customs Enforcement agents in Atlanta.

An ICE spokesman says Jorge Soberanis-Rumaldo was taken into custody Friday as part of an enforcement operation targeting criminal illegal immigrants. Authorities say Soberanis-Rumaldo is a Mexican national who was in the U.S. illegally.

Soberanis-Rumaldo was sentenced to eight years in Stateville Correctional Center on a felony charge of cocaine possession in March 2003. Authorities say he escaped while on work release in June 2003.

The 58-year-old was arrested at his Atlanta home.

He was booked into the DeKalb County jail near Atlanta and is awaiting extradition to Illinois. Authorities say they'll seek to have him removed from the U.S. after any criminal charges he faces are resolved.