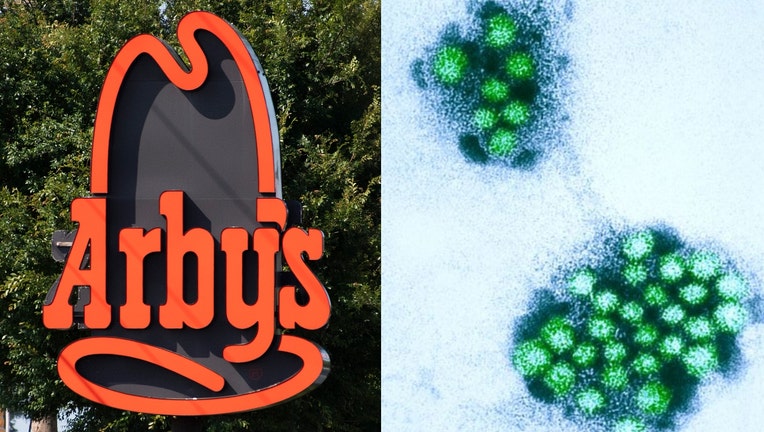 Arby's often boast that it has "the meats," but one location also has the norovirus.

An Illinois Arby’s restaurant temporarily closed this week after nearly 100 people were sickened after eating there.

Local health officials said 92 cases of norovirus had been linked to the restaurant on Dirksen Parkway in Springfield, Illinois, The State Journal-Register reported.

Norovirus causes stomach pain, vomiting and diarrhea, according to the Centers for Disease Control and Prevention. It is "very contagious" and can be transmitted via direct contact with an infected person, by consuming contaminated food or water, or by touching contaminated surfaces and then touching your mouth with unwashed hands.

Health department records show that an inspector visited the Arby’s on March 1 following a complaint.

The restaurant shut on Monday for deep cleaning and employee training at the recommendation of Sangamon County health officials, the Journal-Register reported. Officials said the store’s management was taking it seriously.

An Arby’s spokesperson didn’t immediately respond to an inquiry from Fox News.

An informative CDC video demonstrates how to clean up after someone with norovirus vomits or has diarrhea, noting that "vomit and poop can splatter in all directions."

This wasn’t the first time this Arby’s closed over this issue. It had just reopened a week earlier after shutting down in February after 40 people suffered food poisoning from eating there, WAND reported.