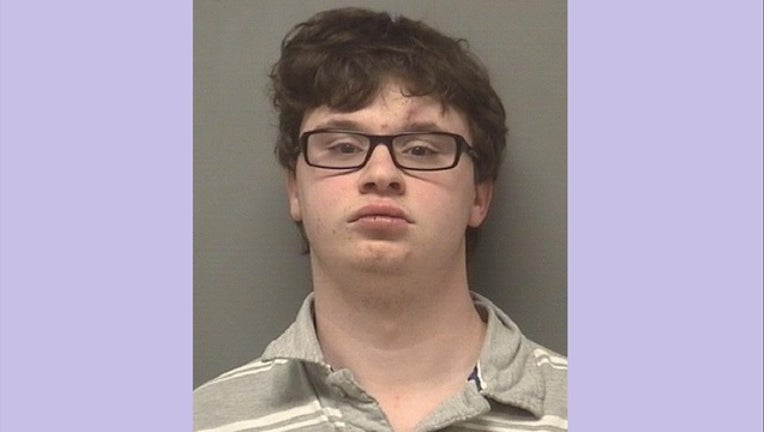 MORTON, Ill. (AP) — A 75-year-old Army veteran who fought off a knife-wielding man who was threatening to kill children at an Illinois library says training he received nearly five decades ago helped him in the scuffle.

James Vernon was teaching a chess class with 16 children at Morton Public Library when authorities say 19-year-old Dustin Brown entered the room with two knives. According to a court affidavit, Brown told police afterward that he "failed in his mission to kill everyone."

"He actually ran into the room yelling, 'I'm going to kill some people!' He was holding two knives," Vernon told the Pekin Daily News. Vernon described the knives as "hunting types" with "fixed blades about 5 inches" long.

Vernon, a retired Caterpillar Inc. employee, told the newspaper he remembered the knife-fight training the Army had given him. Despite his cuts, Vernon contended he won his "90 seconds of combat" with Brown, "but I felt like I lost the war." He suffered two cut arteries and a tendon in his left hand as he blocked Brown's knife swipe.

He said he first tried to calm Brown and deflect his attention from the children attending his class.

"I tried to talk to him. I tried to settle him down," he said. "I didn't, but I did deflect his attention" from the children "and calmed him a bit. I asked him if he was from Morton, did he go to high school. I asked what his problem was. He said his life sucks."

Vernon said the man backed away as he got closer to him, but he was able to put himself between Brown and the room's door, with the children hiding under the tables behind him.

"I gave them the cue to get the heck out of there, and, boy, they did that!" Vernon said. "Quick, like rabbits."

Vernon said Brown responded by slashing him with a knife.

Vernon, saying he was "bleeding pretty good" at the time, held the suspect until a library employee arrived to remove the knives, and kept the man pinned until police officers and paramedics arrived.

Brown, who was free on child pornography charges, is being held on $800,000 bond on charges of attempted murder, armed violence and aggravated battery. It wasn't immediately known whether Brown has a lawyer who could comment on his behalf.