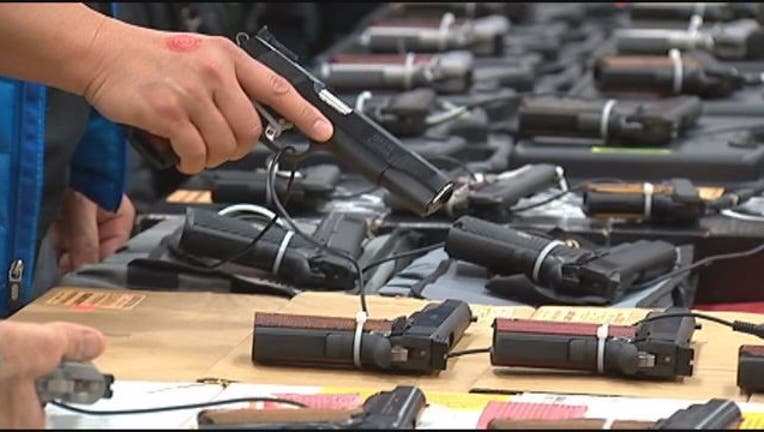 FOX NEWS - Illinois Democrats are introducing a bill forcing gun buyers to reveal their public social media accounts to police before they are given permission to get a firearm license.

The new legislation is sponsored by two state Democratic lawmakers, in an effort to block people from acquiring guns if they have made some troubling comments on social media.

State Rep. Daniel Didech, a Democrat who’s pushing the bill, told CBS 2 Chicago: “A lot of people who are having mental health issues will often post on their social media pages that they’re about to hurt themselves or others,” adding that these people need “the help they need.”

A similar bill was introduced last year in New York that would require people looking to buy a gun in the state to submit their social media profiles and search history prior to purchase. The bill was met with criticism, but it was approved by the new Board of Legislators last month, though it remains unclear when the lawmakers will vote on it.

The proposal in Illinois facing similar criticism, with Rebecca Glenberg of ACLU saying the bill doesn’t address what the police could do with the data, in addition to the First Amendment concerns.

“A person’s political beliefs, a person’s religious beliefs, things that should not play a part in whether someone gets a FOID card,” Glenberg told the station.

The Illinois State Rifle Association, meanwhile, said that everyone should be outraged by the intrusiveness of the bill. “When people look at this everyone who has a Facebook account or email account or Twitter account will be incensed or should be,” Richard Pearson said.

But Didech defended his measure to the station, saying his bill “gives Illinois State Police additional tools to make sure that dangerous weapons aren’t getting into the hands of dangerous people,” noting that his measure is also less intrusive than the one proposed in New York.