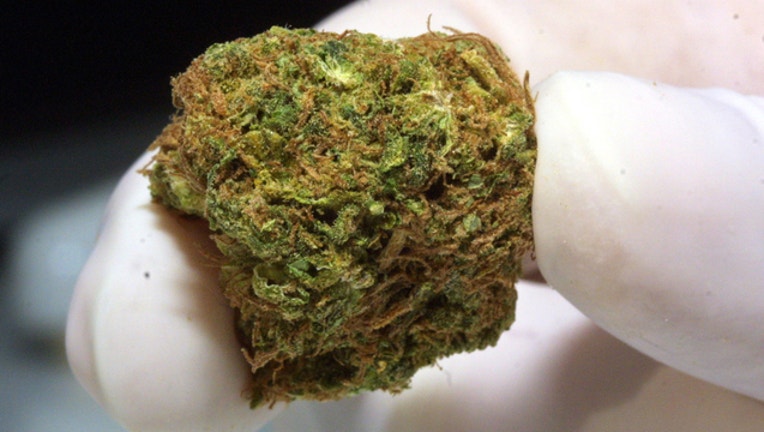 CHICAGO (AP) - Illinois dispensaries are staffing up and remodeling in preparation for the legalization of recreational marijuana.

The General Assembly approved the marijuana legislation last month and it now awaits a signature from Illinois Gov. J.B. Pritzker. He campaigned on legalization, so it's all but certain that Illinois will become the 11th state, along with the District of Columbia, to permit recreational use.

Under the new law, adults could buy and possess up to one ounce (30 grams) of marijuana for personal use.

The measure would let the state's 55 medical marijuana dispensaries submit applications to set up two more dispensaries to sell marijuana for recreational use. Sales would start Jan. 1, which means that over 100 dispensaries could be selling marijuana at the beginning of 2020.

The new law also aims to remedy past injustices to minorities who were disproportionately affected by the war on drugs, advocates said. It would clear the criminal records of those convicted of possessing 30 grams of marijuana or less. It would also provide incentives for minority investors who want to enter what's expected to be a growing marijuana industry.

Companies already in the medical marijuana market said expansion to meet recreational needs could result in a hiring boom.

"Illinois will have one of the largest adult-use markets in the country," says Charlie Bachtell, CEO of Cresco Labs, a Chicago-based cannabis company that operates in Illinois and 10 states.

Mission Chicago South Shore Medical Marijuana Dispensary, one of the few dispensaries on the South Side, is constructing a classroom to be used for marijuana education, adding registers and preparing to double their worker count to 20 by the end of 2019, said general manager Rick Armstrong. The shop's setup will also be altered to become more self-serve, organizing the products by type. Customers will see cards detailing each product, and take that card up to the register for checkout.

"It feels as though we finally delivered on the promise to the patients," said Rep. Bob Morgan, D-Deerfield, sponsor of the legislation. "I don't know how else to say it without getting emotional."

The program has added more than 12,500 patients since February, when the state ended fingerprint and background check requirements for patients. It allowed people prescribed opioids to access medical marijuana, and began granting provisional access while medical card applications are reviewed.

Nearly 67,000 patients were enrolled in the program in early May.