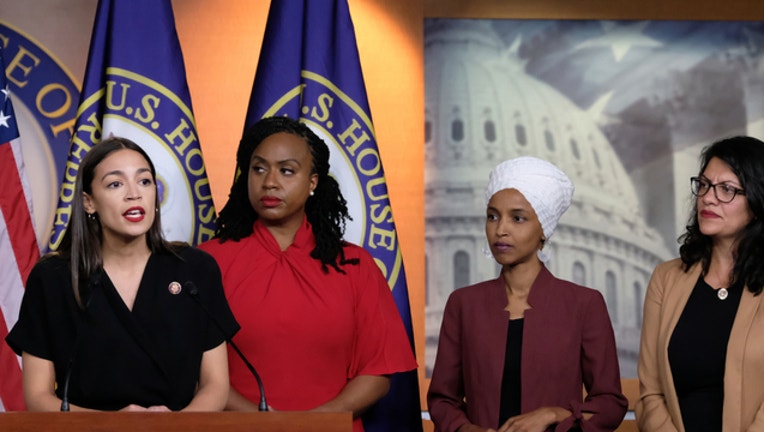 CHICAGO (AP) - An Illinois Republican group has apologized and removed from its Facebook page a post that showed images of four Democratic congresswomen who have been criticized by President Donald Trump and referred to them as the "Jihad Squad."

The post appeared Friday night on the Republican County Chairman's Association page. The Chicago Tribune reported that it showed images of Reps. Alexandria Ocasio-Cortez, Ilhan Omar, Ayanna Pressley and Rashida Tlaib on a poster. It said: "Political jihad is their game," and "If you don't agree with their socialist ideology, you're racist."

The four congresswomen sometimes refer to themselves as the "squad."

Mark Shaw, president of the GOP group, condemned what he called an "unauthorized" post and apologized to anyone who was offended. Trump harshly criticized progressive members of Congress without identifying them by name, tweeting that they should go back to where they came from. All four are U.S. citizens and only Omar was born in a foreign country.