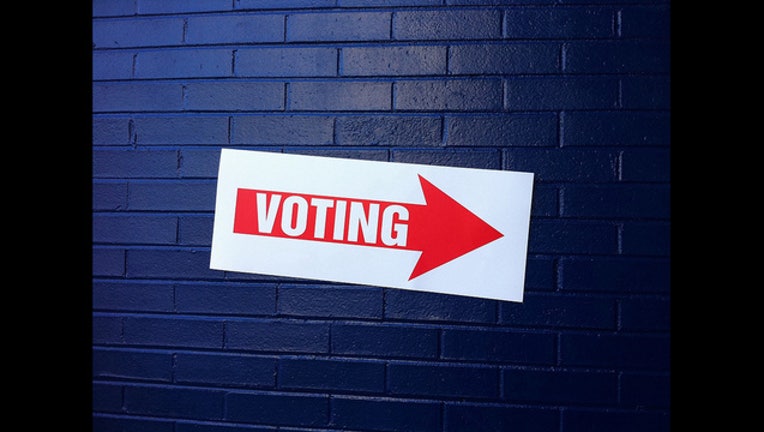 SPRINGFIELD, Ill. (AP) - A group that wants an independent commission to draw legislative districts in Illinois on Friday delivered more than 550,000 backing its request to put the measure on the ballot in November for a constitutional change.

Leaders of the group Independent Maps delivered the signatures to the Illinois State Board of Elections, more than double the amount needed to get the amendment on this year's November ballot. The minimum number of signatures needed is 290,216, but the signatures still need to be verified by the state's election board.

Ballot initiatives to change the redistricting process have failed in the past.

Coalition members say this time they're better funded to pay for staffing, polling and legal fees.

The coalition's proposal would create an 11-member commission, made up of people representing different geographic areas and demographic groups, to draw legislative maps. The Legislature would select four of the members while others would be selected by a review panel chosen randomly from a group of registered voters. At least seven commissioners, including two Republicans and two Democrats, would have to approve the map.

Currently, the state's once-a-decade map drawing process is controlled by lawmakers, with the party in power having much of the control.

The issue of redistricting has been a prominent topic in Illinois, with even President Barack Obama's exhorting lawmakers during his February visit to the Legislature to change the map-making process that often favors one party over another.

Republican Gov. Bruce Rauner has also advocated for changes and has made the issue a part of his reform agenda.

The last time a group tried to change the redistricting process through a ballot initiative, an attorney for House Speaker Michael Madigan filed a lawsuit challenging the constitutionality of the proposal. A Cook County judge ruled in 2014 that the measures did not meet constitutional requirements and the redistricting group suspended its efforts.

This year, Illinois lawmakers also attempted to create an independent commission. A measure by Marengo Democratic Rep. Jack Franks passed the House but failed in the Senate. Madigan supported that proposal.

Franks said the group's measure may be "the last best hope we have for independent maps."

But he raised concerns that the group could be challenged over the number of valid signatures and "constitutional hurdles," including amendment language that allows for the auditor general to oversee the commission. Franks said the proposal also lacks transparency and guidelines to ensure that minorities are adequately represented in their districts. He also argued that the initiative allows for too much input from legislators and the governor.

"Those signatures and petition pages in there are just totally indicative of how much Illinois voters want reform and how much they want their votes to count," he said standing outside a truck hauling the petitions in front of the State Board of Elections office in Springfield.