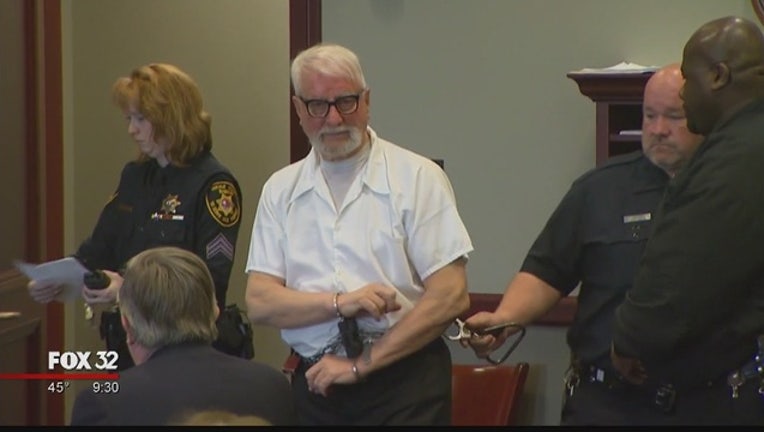 SYCAMORE, Ill. (AP) - A judge formally dismissed a murder case Friday against a retired Washington state police officer who a prosecutor says was wrongly convicted in the 1957 killing of a 7-year-old Illinois girl, but he put off a decision on whether to appoint a special prosecutor.

DeKalb County Circuit Court Associate Judge William Brady accepted a motion Friday from the current state's attorney to dismiss the murder count against Jack McCullough, but he did so without prejudice, leaving open the possibility that the case could be refiled.

McCullough was convicted of murder and sentenced to life in prison in 2012 in the killing of Maria Ridulph in the small community of Sycamore, Illinois, where McCullough grew up. But the successor to the state's attorney who prosecuted the case released a scathing review last month in which he said the investigation and prosecution were riddled with flaws. He also concluded McCullough's alibi was solid.

Brady vacated the conviction and ordered McCullough to be released April 15, pending a new trial. State's Attorney Richard Schmack has declined to pursue a retrial of McCullough following his review of the 2012 case, so the judge formally dismissed the charge on Friday.

But Brady denied a request by Schmack and McCullough's attorney to dismiss the charge with prejudice, arguing that doing so would imply he had made an actual judgment himself that McCullough was not guilty. That leaves the door open to charges being refiled at some point.

Judge Brady is also separately considering a request by Maria's brother, Charles Ridulph, to appoint a special prosecutor. He gave Ridulph and his attorneys more time to amend their motion and will consider their assertion that Schmack has a conflict of interest at a June 23 hearing. Their motion seeks an outside prosecutor to review the case files and determine independently if there's enough evidence to pursue the case further.

Schmack denies he has any conflict.