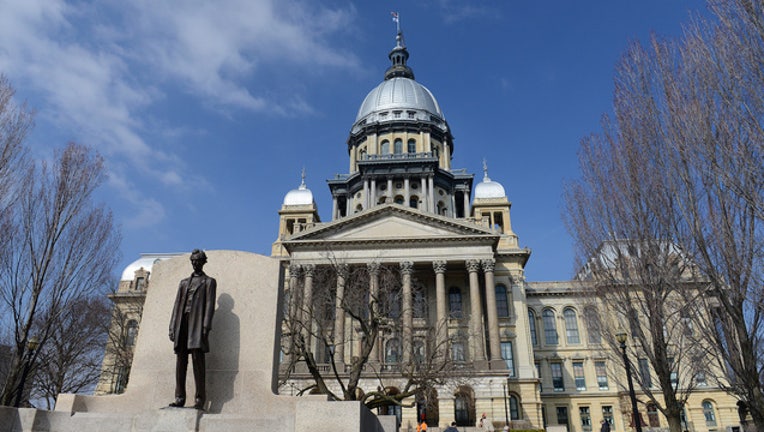 The Democrats sued Republican Leslie Munger claiming that she's violating the state constitution with her executive-branch interference with the Legislature. The lawmakers also took a shot at Munger's political mentor, GOP Gov. Bruce Rauner, for their dilemma.

"Enough is enough," said lead plaintiff Emanuel "Chris" Welch, a Democratic House member from Hillside. "lt's time to honor the Illinois Constitution, to recognize that we have separation of powers."

Munger, who was appointed by Rauner in 2014, announced in April she would put legislative pay at the back of the line like other overdue vendor bills until they and Rauner reached agreement on a full-year state budget, which has been missing from Springfield for two years now.

Munger's office did not immediately comment on the lawsuit.

"People are suffering," Welch said. "People have mortgages to pay, tuition to take care of. We've gone to work every day for six months. There are financial hardships for many."

The other plaintiffs are Kate Cloonen of Kankakee, Lisa Hernandez of Cicero, and Chicago residents Mary Flowers, Sonya Harper and Silvan Tabares. The lawsuit was filed on the last business day before a Democrat assumes Munger's place.

Welch said the filing of the court action "has nothing to do with Susana Mendoza."

"It has everything to do with the course and tactics used by Munger and Rauner," he said. "We're suing the person who made the decision."

Mendoza's staff did not immediately respond to a request for comment.

Rauner, a billionaire private-equity investor, is also subject to the comptroller's dictum on pay, but Rauner accepts only a token $1-a-year salary.