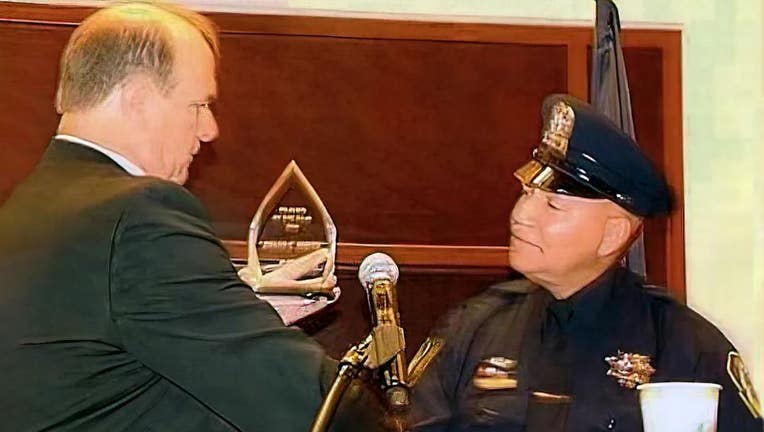 Since 1981, Brian Smith has taught various personal safety and martial arts courses on the south side of Chicago, both at the Metropolitan Police Self-Defense Institute and the Chicago Heights Ju Jitsu Academy.

People of all ages have trained under Smith, but he said perhaps the greatest impression he's left is on teenage boys.

"I’ve become a father figure to many of them," Smith said. Several who have attended the training grew up without a father in the home, looking to him as a role model. "I never had much of a father figure either," he continued, stating that the goal of each program is to instill discipline in the students. "Of course they have resentment in the beginning, but they begin to like it," Smith quipped.

Smith, a seasoned Black police officer working part time in Steger, Illinois, and full time at Prairie State College in Chicago Heights, warned that the spotlight on his ranks is misguided. When the news media pushes out every policing incident that involves a Black victim, Smith said, it doesn’t help their cause. "There’s no protests when a police officer gets shot," he continued, highlighting the disparity of coverage.

Many local police officers and police union members in Minnesota and North Carolina — states that have recently seen shootings of Black citizens at the hand of police officers — tell Fox News that even amid the heavy media coverage, speaking publicly to set the record straight will make little improvement. Several declined to comment for fear of backlash from protesters, saying that their first priority was to put the safety and well-being of their officers and families first. Furthermore, they cited that the real, lasting work is found in community engagement.

In Smith’s case, the negative view of police has taken a personal toll, sometimes dividing even his own family. "My kids come to me complaining about what the police did," he said, displaying that the extreme attention around policing issues in America creates a real problem even within families.

His teach-by-example leadership style has created undeniable impact: 48 of those who trained under Smith have since entered the world of law enforcement, many of which he still stays in touch with today. "I’m a yeller, I’m a screamer, but at the same time, I’m doing the push-ups with them…you have to encourage them at the same time," he said.

When asked about the solution to the police-citizen divide in America, Smith emphasized that officers who look inwardly, focusing intentionally on the betterment of their community, are the true difference makers. "You treat [others] like human beings…sometimes they just need to be heard," he stated.

Trust between law enforcement and those they serve can be mended by engaging in matters outside of traffic stops and meeting immediate needs of the area. "A lot of people can come to Brian Smith if they need help, and I like that," Smith mused, indicative of the effort he has put into his own community.

Louisville, Kentucky, Chief of Police Erika Shields, who previously served as the city of Atlanta’s police chief and resigned amid protests last summer, now finds her new department in the limelight once again, this time at the hands of a Department of Justice probe into Breonna Taylor’s death. In a recent national press conference, Shields contritely stated, "We have to rebrand our product" as police officers.

Though he wouldn’t use the same language, Brian Smith’s mentorship is reviving a positive public sentiment toward law enforcement, and despite the mounting pressure from the media and lawmakers, he is paving the way for communities to trust their local officers again. Through years of dedication and service, Smith is a breathing testimony that one person can change the viewpoint of dozens.