Mark Frerichs, 59, whose family lives in Lombard, is a Navy veteran who moved to Afghanistan 10 years ago, finding employment on US funded Public Works projects. He was kidnapped in Kabul on January 31, 2020.

WASHINGTON - Top military officials were in the hot seat Tuesday on Capitol Hill, answering questions about the chaotic Afghanistan withdrawal and Americans left behind.

One of those left behind was a west suburban man kidnapped last year while working as a contractor in Afghanistan.

While publicly pressuring both the Defense Secretary and the General who chairs the Pentagon's Joint Chiefs of Staff during the hearing, Illinois Sen. Tammy Duckworth concluded with an emotional note.

"And I know his family's probably watching what you say," said Duckworth.

"Well, this is, as you have indicated, senator, I have, uh — I want him back. And, you know, we're going to continue to do everything we can to get him back. As you and I have talked in other sessions, I’ve engaged the chief of the Pakistani Army on multiple occasions to solicit his help," Defense Sec. Lloyd Austin said.

Pakistan provided safe harbor for the Taliban during the 20-year war.

Mark Frerichs, 59, whose family lives in Lombard, is a Navy veteran who moved to Afghanistan 10 years ago, finding employment on US funded Public Works projects. He was kidnapped in Kabul on January 31, 2020. 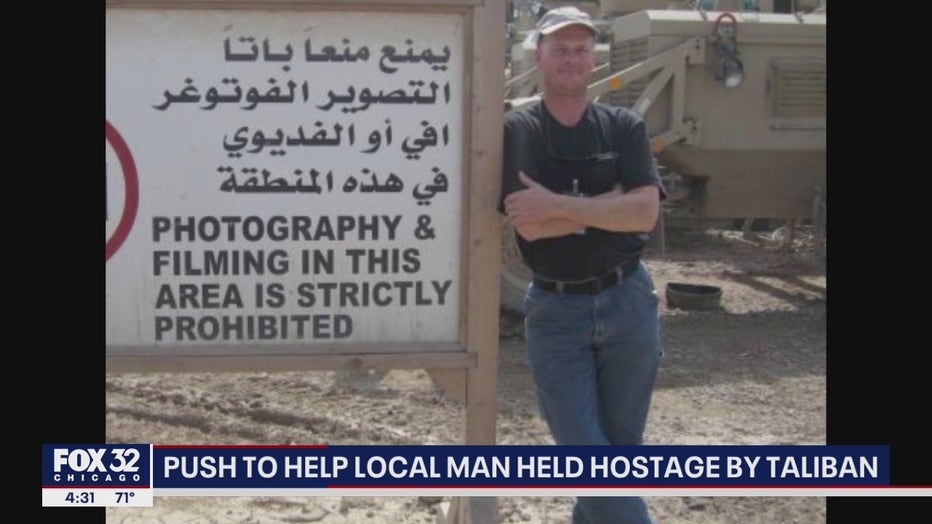 Duckworth said she is worried about others still in Afghanistan, noting that they and their loved ones have asked her for help.

"So we can help facilitate the connections with these people who still remain at risk and are contacting us through our various offices," Duckworth said.

Sen. Duckworth called for a new, bi-partisan Congressional commission to study America’s 20 years in Afghanistan, with a focus on what went wrong and painful lessons learned.