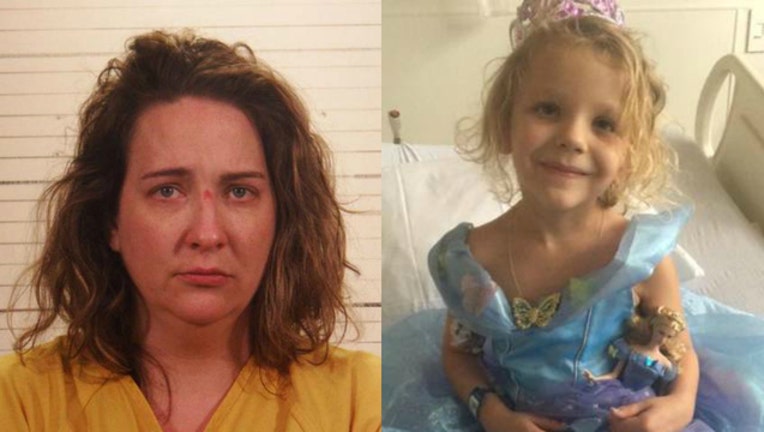 BELLEVILLE, Ill. (AP) - A southern Illinois woman has been charged with first-degree murder in the apparent suffocation death of her 4-year-old daughter.

During an arraignment Tuesday on the murder charges, St. Clair County Judge Robert Haida set bail at $1 million for Mary B. Lockett, 36, of Dupo. The judge entered a not guilty plea on her behalf and ordered she be appointed an attorney.

Lockett appeared in juvenile court before the arraignment for a hearing concerning the custody of her son. As she entered the courtroom, she begged family members to believe she's innocent and lunged at a Belleville News-Democrat photographer, calling him a "demon spawn" and telling him she rebukes him "in the name of Jesus Christ," the newspaper reported.

A family member said in an interview Tuesday that Lockett struggled with mental health issues.

An assistant public defender requested a fitness evaluation for Lockett.

Officers were called to Lockett's home Sunday on a report of a girl who was unconscious and not breathing. Her daughter, Emily Rose Perrin, was pronounced dead at a hospital in St. Louis.

The St. Louis County Medical Examiner's office confirmed it performed an autopsy Monday, but it declined to reveal the girl's preliminary cause of death because it's part of an ongoing investigation, the St. Louis Post-Dispatch reported.

Lockett is accused in court documents of causing the girl's death by intentionally impeding her breathing.

Emily suffered from cystic fibrosis, a disease that damages the lungs and digestive system and required daily treatment, but a family friend said she never let it keep her from being active.