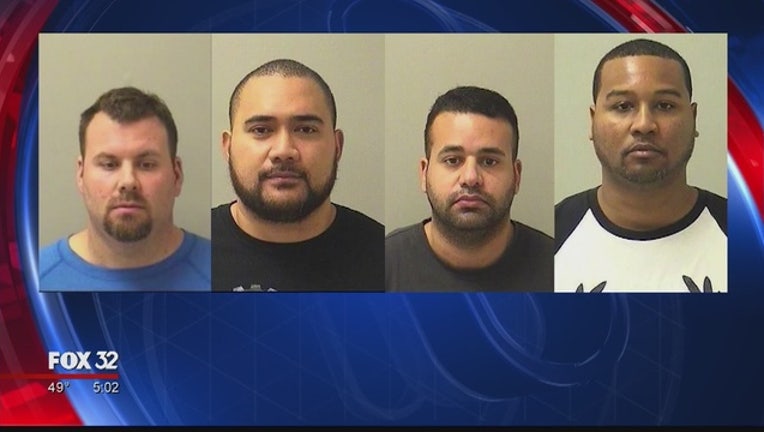 SUN-TIMES MEDIA WIRE - Four guards at the Illinois Youth Center in west suburban St. Charles have been accused of encouraging juvenile residents to attack each other.

The guards, led by Klimek, encouraged certain residents to physically attack other residents, facilitated the attacks and “stood idly by” to watch as they happened, prosecutors said. The attacks involving 10 victims happened Jan. 9, 10, 11, 12, 13 and 28.

The allegations were reported to the Illinois Department of Corrections in late January and IDOC asked Illinois State Police to handle the investigation, prosecutors said. The guards were arrested on Nov. 22 and 23 and have since posted bond to be released from the Kane County Jail.

“Per policy guidelines, as soon as [the Illinois Department of Juvenile Justice] was notified of the allegations, the Department put the staff involved on paid administrative leave pending the outcome of the investigation,” a department spokesman said. “These indictments are the culmination of that investigation, and the Department will continue to cooperate with state partners to address any structural problems identified during this process.”

Klimek, of Yorkville, faces 53 felony counts of official misconduct, 18 of aggravated battery, three of unlawful restraint, one of mob action and one misdemeanor count of theft, prosecutors said. His next court date is Dec. 5.

McFarland, of Rockford, was charged with eight felony counts of official misconduct and one of aggravated battery, prosecutors said. His next court date was set for Nov. 30.

Asiata, of Channahon, faces five felony counts of official misconduct, two of aggravated battery and one of unlawful restraint, prosecutors said. His next court date is Dec. 8.

Short, of St. Charles, was charged with four felony counts of official misconduct and two of aggravated battery. He is next scheduled to appear in court Dec. 7.

If convicted of the most serious offense, each faces a sentence of probation or between two and five years in prison, prosecutors said.