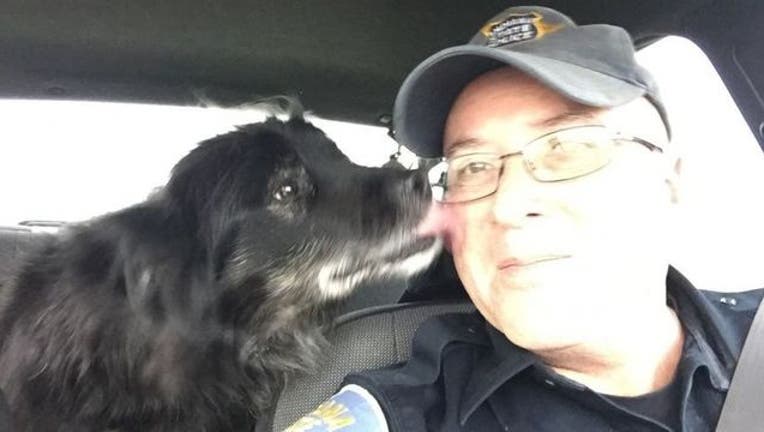 WABASH, Ind. (AP) –  A state trooper who rescued a dog from along a northern Indiana highway Tuesday morning said he's glad he was able to save the stressed-out pooch.

Master Trooper Joe Swisher noticed the dog running along U.S. 24 in Wabash County and cars swerving to avoid it.

He activated his police car's air horn, and the noise sent the dog running onto the highway's median, where

Swisher pulled up, opened his car door and the dog jumped in.

The canine turned out to be a dog named Sadie that had escaped from a nearby kennel.

Her dog tag listed a veterinarian's office and its staff helped Swisher determine the dog's owner and address, so he drove Sadie home.

Swisher says he's "glad this situation had a happy ending."