Inside look: International package screening at mail facility near O'Hare

The International Mail Facility near O’Hare International Airport offered a rare, inside look Monday at how mail is screened before it arrives on your doorstep.

CHICAGO - The International Mail Facility near O’Hare International Airport offered a rare, inside look Monday at how mail is screened before it arrives at your doorstep.

There are only nine facilities like it in the United States – and it is the only location of its kind in the Midwest. Any time you receive a package from another country – or send something overseas – it is subject to a search.

At the O’Hare location alone, U.S. Customs and Border Protection officers screen more than 55 million packages each year. Every single day, they seize illegal drugs, counterfeit cash, and other contraband that people are trying to sneak into the country.

It’s an operation that never sleeps, and on Monday, FOX 32 Chicago had the unique opportunity to tag along as CBP officers screened incoming packages.

"We utilize our K-9 teams. Also part of our operations, we utilize intel gathering of information," said Varela.

Before incoming international mail can continue to its final destination – which might be anywhere in the U.S. – each parcel is scanned for radiation. Next, each item goes through one of the facilities X-ray belts where an officer determines if it needs to be opened up and inspected further.

Sometimes, Varela says, illegal drugs are hidden inside objects, like children’s toys or puzzles. Other times, they're concealed inside the lining of the cardboard box itself.

"A lot of times the concealment methods are recycled and recurring," said Varela.

"Typically we seize at least a few parcels of fentanyl a week, and they come from various countries, such as the Netherlands, Canada, Germany, France," said Varela. 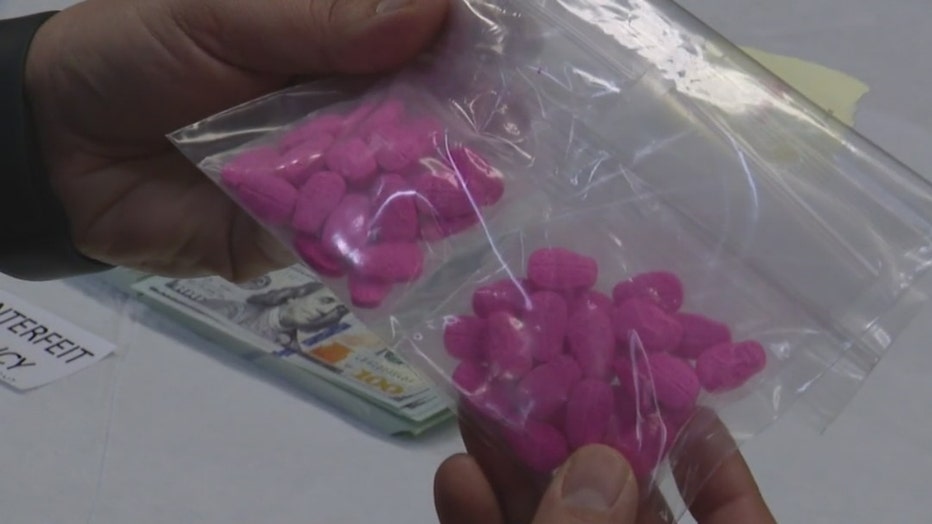 The Food and Drug Administration works alongside CBP officers at the facility.

"We have agriculture teams who look for agricultural violations to prevent pests from coming into the U.S. and destroying our agriculture and commerce," said Varela.

Once confiscated, contraband is kept for evidence or destroyed.

"It’s paramount that Customs and Border Protection reviews every single parcel that comes into the United States to ensure that narcotics and any type of illegal contraband is not released into the domestic stream," said Varela.

Packages that are sent overseas from the United States must also pass through the International Mail Facility.

If an inbound or outbound package is searched, but nothing illegal is found, CBP officers re-seal it with tape notifying the recipient that it was inspected.