An Iowa man was arrested downtown Sunday after police found a rifle and a handgun inside a hotel room near Navy Pier.

CHICAGO - An Iowa man was arrested downtown Sunday after police found a rifle and a handgun inside a hotel room near Navy Pier.

Keegan Casteel, 32, was found by police at 5:45 p.m. on July 4th with two guns in a W Hotel room overlooking Ohio Street Beach in the 600 block of North Lake Shore Drive, police said.

Police found a semi-automatic rifle with a round in the chamber along with laser-sight attachments, bullet magazines and a .45 caliber handgun, according to prosecutors.

The rifle was not engraved with a serial number. 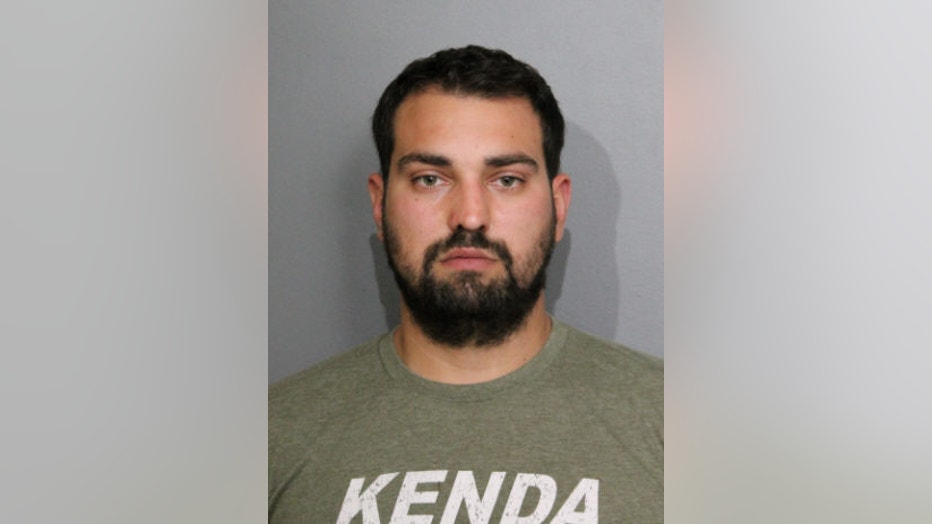 Prosecutors said a tip from a housekeeping employee led Chicago police to make the arrest.

The employee saw the weapons and five rifle magazines "laying in the window sill" of a room on Sunday and notified authorities, resulting in the arrest of Casteel, Police Supt. David Brown said Tuesday at a news conference held to discuss weekend violence.

"This employee saw something by entering the room to clean it that likely prevented a tragedy from happening," Brown said.

However, Brown did not say if investigators had determined why the man had the guns in his hotel room.

"There is no previous criminal history of this person nor any other issues in our federal databases, but obviously very concerning given the position of the W Hotel to Navy Pier," Brown said.

"Our joint terrorism task force officers debriefed, interviewed this person along with a companion, and we are continuing this investigation," the superintendent said.

Casteel, of Ankeny, Iowa, is facing two felony counts of aggravated unlawful use of a loaded weapon without a FOID card, according to police.

'It was volatile': Dozens of young people swarm the Loop, 61 arrested

In the Loop Sunday night, Chicago police arrested dozens of young people as a huge group began taking over the streets, setting off fireworks and dancing on cop cars.

Castell has two previous misdemeanor DUI convictions in Iowa from 2010 and 2012.

A judge set his bond at $10,000 on the conditions that he must turn in all of his weapons and FOID cards. He is also barred from having contact with any witnesses in the case, including hotel staff.

The judge ruled that Castell can live in Iowa while awaiting trial but he must appear at all of his court dates.

Chicago saw its deadliest weekend of the year with 99 shot, 17 fatally. At least 11 children were among the wounded along with two Chicago police supervisors.

A police spokesperson said over 60 people were arrested on charges such as battery, disorderly conduct and resisting arrest.

Nearly 100 people were shot over Independence Day weekend in Chicago, making it the most violent weekend of the year.