IOWA - A White Iowa woman who admitted that she deliberately drove her SUV into two children because of their race, will spend more than two decades behind bars.

Nicole Poole Franklin, 43, had already been sentenced to up to 25 years on state charges in the December 2019 attacks in Des Moines.

In a separate federal proceeding on Thursday, U.S. District Judge Stephanie Rose sentenced Franklin to 25 years and four months. She pleaded guilty to two federal hate crime charges in May.

Prosecutors asked for a 27-year sentence in a filing last week, saying Franklin targeted a 12-year-old Black boy and a 14-year-old Latina girl because of their race and ethnicity. Both were walking down the street near their schools. 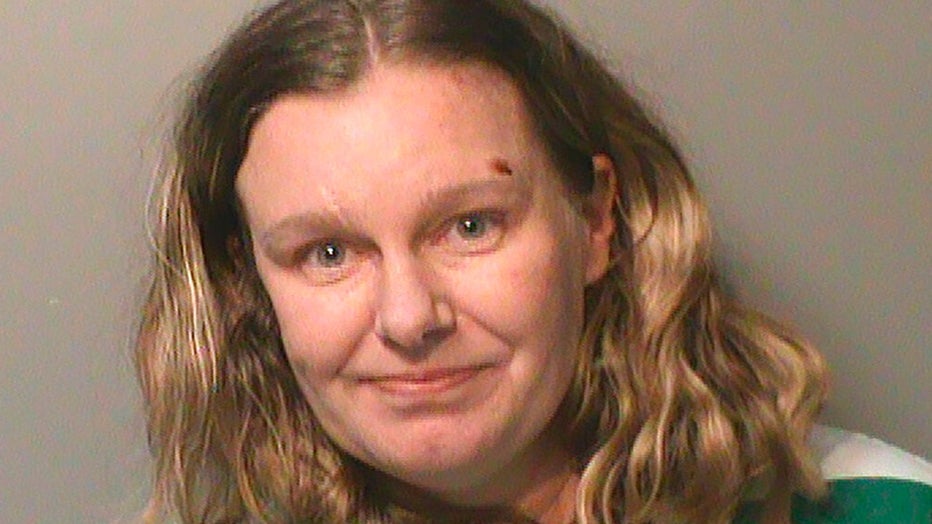 This is undated file photo provided by the Polk County, Iowa, Jail shows Nicole Poole Franklin, who said she drove her SUV into two children in 2019 to try to kill them because of their race. (Polk County Jail)

Prosecutors said Franklin first drove over a curb and struck the boy, saying she ran him over because he's "just like ISIS" and "he's not supposed to be there and he's going to take me out."

Prosecutors said Franklin drove up over a sidewalk just minutes later, striking the girl, who sustained bruises, cuts, and a concussion. Franklin said she targeted the girl because she thought she was Mexican, was taking over "our homes, and our jobs" and "wasn't supposed to be in the country," the filing said.

Franklin was later arrested after going to a gas station where she called an employee and customers racial epithets.

Franklin's public defender asked Rose for nothing longer than a 27-year term. He argued in a filing that she was suffering from "severe pre-existing mental illnesses that were exacerbated by methamphetamine use, numerous extremely difficult life events hitting at nearly the same time, and with some of the worst aspects of the culture acting behind the scenes and further poisoning her mental state."