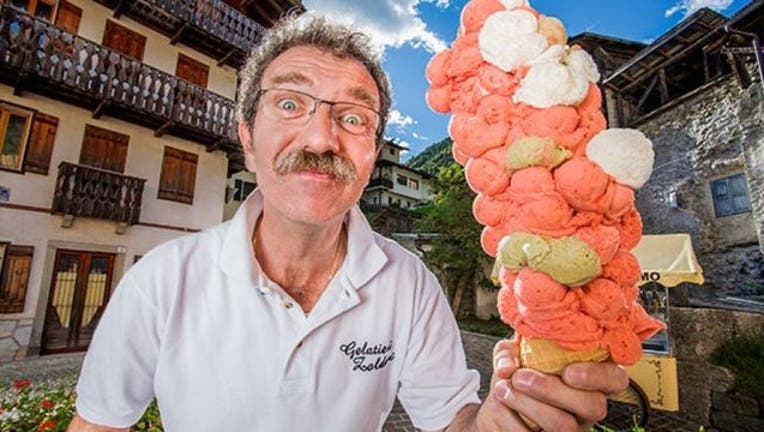 FOX NEWS - An Italian man has set a new Guinness World Record for putting the most scoops of ice cream on a single cone.

Per Guinness rules, the cone couldn’t be any wider than 3.74 inches and the scoops needed to remain balanced for 10 seconds or more—which wasn’t a problem for Panciera’s stack as he carried his cone outside and casually licked the confection after piling on the scoops.