CHICAGO (FOX 32/AP) - A federal judge has ruled that the extradition of drug lord Joaquin "El Chapo" Guzman to the U.S. can move ahead, Mexico's Judicial Council said Monday, but the Foreign Relations Department must still approve it and the defense can appeal.

The council, which oversees Mexico's federal judges and tribunals, said the judge, who was not identified, had agreed that the legal requirements laid out in the extradition treaty between the two countries had been met.

The Foreign Relations Department has 20 days to decide whether to approve Guzman's extradition.

Any extradition attempt can be delayed or stopped by a request to the court by attorneys for Guzman, the convicted leader of the powerful Sinaloa drug cartel.

U.S. Attorney General Loretta Lynch said at an unrelated news conference that she was looking forward to an "imminent" resolution, but did not have a specific timeline.

If Guzman does come to the US, there's a good chance the trial could happen in Chicago at the Dirksen Federal Building, because the case here is so strong. It's the only one in the country where secret audio recordings captured Guzman talking about his operations.

“I would expect wherever he gets prosecuted, if it is here in the United States, the best evidence and the best prosecutors from across the country will converge on that case, whether it's Chicago, Brooklyn, San Diego or elsewhere,” said former federal prosecutor Andrew Porter.

Ultimately, the decision will be up to Attorney General Lynch and because she came from the same Brooklyn office that also has a strong case against Guzman, the case could be prosecuted there.

But Chicago is one of the cartel's most critical drug hubs.

“Much of their narcotics flows through California, flow through San Diego and Los Angeles, but then much of it comes through Chicago, stays here or it moves out east,” Porter said.

But with Guzman having escaped two Mexican prisons, experts say security will be an important consideration in where to try him. And the Metropolitan Correctional Center, where Guzman would be housed, got a major security black eye four years ago. That's when two bank robbers escaped by climbing out a window and shimmying down some bed sheets.

On Saturday, Guzman was moved from a prison outside Mexico City to one in Ciudad Juarez near the U.S. border. Questions have arisen on both sides of the border about the decision to relocate the drug lord to a region that is one of his cartel's strongholds.

A Mexican security official acknowledged Sunday that the sudden transfer was to a less-secure prison.

The official said that in general the Cefereso No. 9 prison on the outskirts of Ciudad Juarez, across from El Paso, Texas, is not as impregnable as the maximum-security Altiplano facility near Mexico City where Guzman had been held. The official wasn't authorized to discuss the case publicly and agreed to do so only if not quoted by name.

The official said, however, that Guzman is being held in a maximum-security wing where the same protocols are being enforced as in Altiplano, including 24-hour monitoring via a camera in his cell. Altiplano is considered the country's highest-security prison.

"El Chapo" first broke out of another prison in 2001 and spent more than a decade on the run, becoming one of the world's most-wanted fugitives. He was recaptured in 2014, but slipped out of Altiplano, which many previously had thought was unescapable, in July 2015 by fleeing through a sophisticated, mile-long tunnel that went up into the shower in his cell.

Mexican marines re-arrested him in the western state of Sinaloa in January, after he fled a safe house through a storm drain.

He was returned to Altiplano, where he was placed under constant observation from a ceiling camera with no blind spots, and the floors of top-security cells were reinforced with metal bars and a 16-inch (40-centimeter) layer of concrete.

Some Mexican media have speculated that the weekend move was a prelude to imminent extradition to the U.S., where he faces drug charges in seven jurisdictions. But authorities denied that, and multiple analysts told The Associated Press that there was no sign of a link between the prison switch and extradition. .

Guzman was notified of the judge's extradition decision on Sunday evening, a judicial authority official told the AP. The official was not authorized to be quoted by name.

A lawyer for the drug lord, Jose Refugio Rodriguez, told the AP that he would continue trying to block extradition. He said that if the Foreign Department approves extradition, the defense will have 30 working days to seek a court order blocking the transport of his client to the U.S. to be prosecuted on drug charges.

Rodriguez also said he would seek to have Guzman returned to Altiplano prison, arguing that his client's defense will suffer because his attorneys are based far away from where he is now held.

Also Monday, actor Kate del Castillo who wants to make a movie about Guzman's life and arranged for actor Sean Penn to interview the drug bossm in October 2015, said she was pleased with the step toward extradition.

"Today's news that El Chapo may be extradited to the United States is good news in that it will allow my team greater access to him in order to tell a full and accurate picture of his unbelievable life and work," Del Castillo said through her publicist.

It was not clear why Del Castillo thought the conditions of Guzman's potential imprisonment in the U.S. would be more accessible than in Mexico.

Mexican authorities have said they are investigating whether Del Castillo received any money from Guzman. She has denied the suggestion.

Guzman's lawyers have said that Del Castillo has the rights to make a film about Chapo's life. 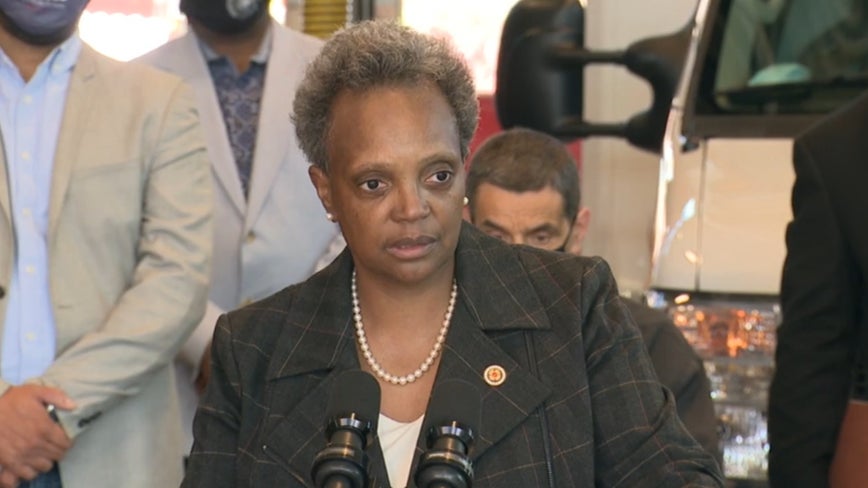 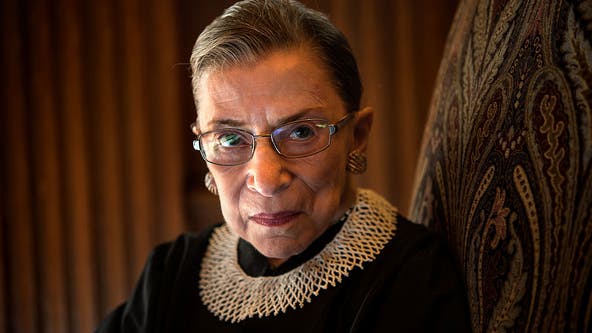