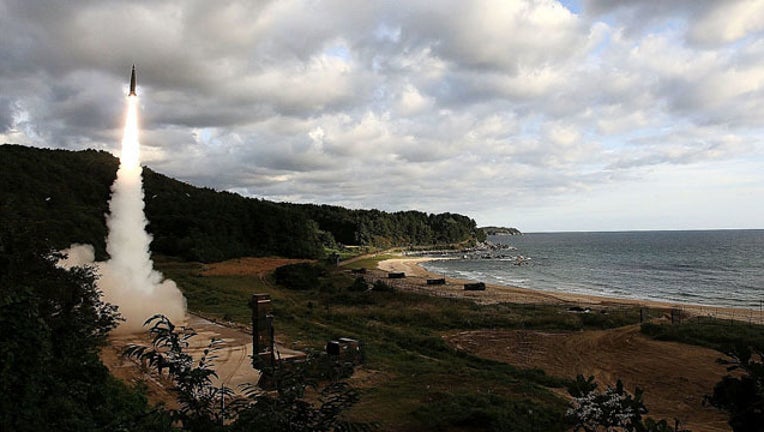 WASHINGTON (AP) -- Sen. Lindsey Graham said Sunday that he believes it's time to start moving the families of American military personnel out of South Korea as North Korea pushes the U.S. closer to a military conflict.

Graham, a member of the Senate Armed Services Committee, said he will also urge the Pentagon not to send any more dependents to South Korea.

"It's crazy to send spouses and children to South Korea, given the provocation of North Korea. South Korea should be an unaccompanied tour," the South Carolina Republican said on CBS' "Face the Nation." "So, I want them to stop sending dependents, and I think it's now time to start moving American dependents out of South Korea."

About 28,500 U.S. troops are stationed in South Korea to deter potential aggression from the North.

Last week, North Korea shattered 2 1/2 months of relative quiet by firing off an intercontinental ballistic missile that some observers say showed the reclusive country's ability to strike the U.S. East Coast. It was North Korea's most powerful weapons test yet.

The launch was a message of defiance to President Donald Trump's administration, which a week earlier had restored North Korea to a U.S. list of terror sponsors. It also hurt nascent diplomatic efforts and raised fears of a pre-emptive U.S. strike. Threats traded by Trump and North Korean leader Kim Jong Un have further stoked fears of war.

Graham expressed confidence in the Trump administration's ability to manage the growing conflict with North Korea.

"He's got the best national security team of anybody I have seen since I have been in Washington," said Graham, who has served in Congress since 1995.

The Trump administration has vowed to deny North Korea the capability of striking the U.S. homeland with a nuclear-tipped missile.

"Denial means pre-emptive war as a last resort. The pre-emption is becoming more likely as their technology matures," Graham told CBS. "I think we're really running out of time. The Chinese are trying, but ineffectively. If there's an underground nuclear test, then you need to get ready for a very serious response by the United States."

Trump has said he spoke with Chinese President Xi Jinping about Pyongyang's "provocative actions," and he vowed that additional major sanctions will be imposed on North Korea. China is North Korea's only significant ally, but it has grown increasingly frustrated over the North's nuclear and missile tests that have brought a threat of war and chaos to China's northeastern border.