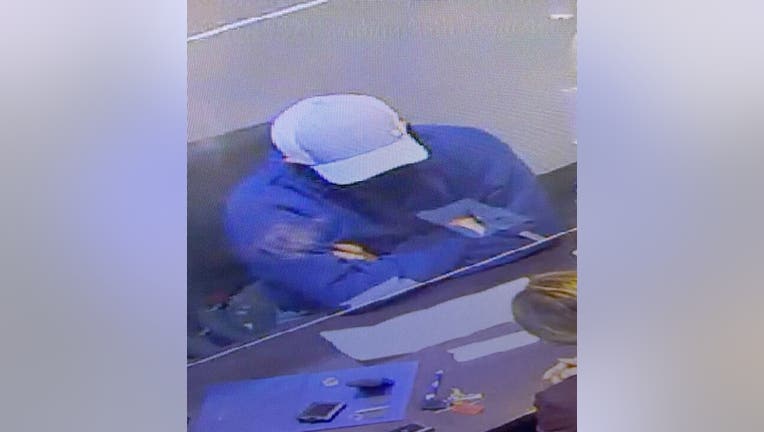 Surveillance image of a man wanted for a robbery Oct. 30, 2020, at a jewelry store in Libertyville. | Libertyville police

LIBERTYVILLE, Ill. - A jewelry store was robbed last week by a man who implied he had a weapon in north suburban Libertyville.

A man walked into Rollands Jewelers, 500 N. Milwaukee Ave., just before 11 a.m. Oct. 30 and looked at jewelry for about 30 minutes, Libertyville police said. Then, he handed an employee a note saying he had a gun and took about $150,000 worth of jewelry before leaving.

Police described the suspect as a man with black hair in his late 20s or early 30s who stood about 6 feet tall and weighed about 200 pounds. He was wearing a white and gray baseball hat, a blue hoodie with a white t-shirt underneath, blue jeans and tan or brown boots, police said.

The suspect ran west on Cook Avenue after the robbery and got into a black four-door vehicle that fled south on Brainerd Avenue, police said. No injuries were reported.