Former Vice President Joe Biden won the Illinois Democratic primary for president on Tuesday, widening his lead over rival Bernie Sanders in an election complicated by the coronavirus pandemic.

CHICAGO - Former Vice President Joe Biden won the Illinois Democratic primary for president on Tuesday, widening his lead over rival Bernie Sanders in an election complicated by the coronavirus pandemic.

Biden, who Sanders in delegates needed to win the nomination, also won in Florida, which along with Arizona held its primary Tuesday. Ohio delayed in-person voting until June amid the COVID-19 outbreak.

Also on the Illinois ballot were primaries for congressional office — including a rematch between Democratic Rep. Dan Lipinski and progressive Marie Newman for a Chicago-area seat previously held by Lipinski’s father. There also were primary races for state Legislature, Cook County state’s attorney and judicial contests, including for seats on the Supreme Court.

The virus caused problems in Illinois, including polling places that didn’t open and lower than usual voter turnout in some areas after state officials declined to postpone the election. Gov. J.B. Pritzker ordered schools, restaurants and bars closed due to the virus but said “we have to elect leaders, even in less than ideal circumstances.”

There was some confusion as election authorities around Illinois scrambled to find alternate polling place locations because nursing homes and some other typical sites backed out due to concerns about the coronavirus.

Timna Axel, director of communications for the Chicago Lawyers’ Committee for Civil Rights, said voters were calling the group’s hotline all morning to get help finding their polling places, a steady flow of calls — including from some polling place workers — that was “unusual for a primary.”

About 50 Chicago polling places had to be relocated after locations canceled at the last minute, and workers scrambled to deliver election equipment to new sites, delaying their opening, said Jim Allen, a spokesman for the Chicago Board of Election Commissioners. It was not immediately clear how many of the new sites were up and running by late morning.

Allen said early morning turnout was low and there was no sign of the pre-work “rush hour” that is typical on election days.

In suburban Will County, all polling places opened on time and were staffed thanks to people who volunteered to fill the spots of election judges who decided not to work. Charles Pelkie, chief of staff for the county clerk, said at least 200 judges had canceled by Monday.

“We’ve been very fortunate that the public is stepping up,” he said.

Biden had support from Illinois’ Democratic leaders, including endorsements from Pritzker and other statewide office holders, most of the congressional delegation and both U.S. senators. 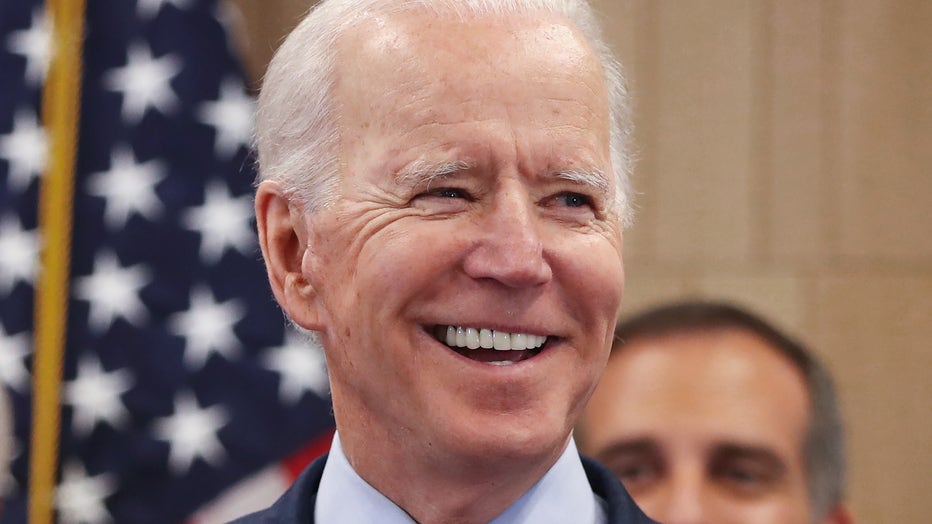 Paul Garbarczyk, a 57-year-old retired electrical engineer, said he voted for Biden because of his work as vice president. He cracked that he would vote for “a cheese sandwich over (President Donald) Trump.”

“I have faith in both Biden and Bernie,” he said outside a Burbank polling place. “They would both be fine choices, but Biden earned my trust as vice president. He’s got a proven track record.”

Officials encouraged people last week to vote by mail and extended hours at early voting sites, hoping to avoid crowding at polling sites on election day, and voters seemed to heed the advice. Statewide, there were 504,000 early votes cast and 294,000 mail ballots sent to voters as of Monday, the Illinois State Board of Elections reported. That’s up from 400,000 early votes and 160,000 mail ballots as of the day before the 2016 primary. Chicago had surpassed previous records for early voting as of Sunday.

The coronavirus causes only mild or moderate symptoms, such as fever and cough for most people, though it can cause more severe illness for some, especially older adults and people with existing health problems. The vast majority of people recover from the virus.

Officials with all 108 of Illinois’ local election offices were “well aware” of the polling place precautions suggested by the Centers for Disease Control and Prevention and the state’s Department of Public Health, said Matt Dietrich, a spokesman for the Illinois State Board of Elections.

“They’re all doing their best to put those into practice,” he said Tuesday morning.

The pandemic achanged the way candidates campaigned in the days leading up to the election, and most candidates canceled election night parties or were holding small gatherings they planned to live stream. On Monday night, Sanders held a virtual rally to encourage supporters in states voting Tuesday, while Biden held telephone town halls.

Sanders, a Vermont senator and democratic socialist, lost Illinois in 2016 by less than 2 percentage points to Hillary Clinton.

Rola Othman, a 46-year-old university technology director from the Chicago suburb of Burbank, said she voted for Sanders but will vote for the Democratic nominee in November no matter who it is.

“We have to get the other guy out,” she said, refusing to say Trump’s name.