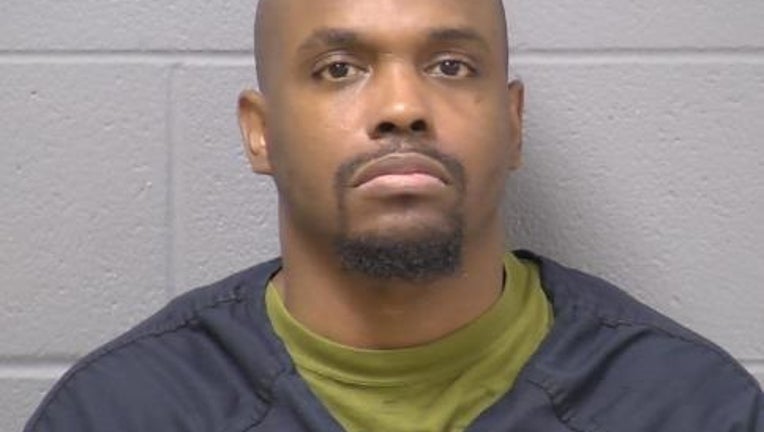 JOLIET, Ill. - A man has been sentenced to 48 years in prison for the 2017 fatal shooting of his girlfriend in their Joliet home.

Jasper Johnson, 35, claimed he was intoxicated and playing with his revolver that was partially loaded on June, 5, 2017.

His girlfriend, Kia Johnson, told him not to play with gun.

Prosecutors say he manipulated the gun he knew to be loaded by spinning the cylinder, cocking the hammer and pulling the trigger.

He fired the gun, and his girlfriend was struck in the left side of the head.

She died at the hospital as a result of the shooting.

"Jasper Johnson is a convicted felon who tried to absolve himself of responsibility for the death of his girlfriend by claiming he was just playing with the gun. Aiming a loaded gun at another human being and pulling the trigger is an act that can cause death or great bodily harm; that’s murder," said Will County State’s Attorney James Glasgow. "Nothing can bring Kia back to life, but Johnson will have decades in the ominous confines of a dismal prison cell to reflect on how his actions caused her death."

Johnson received 48 years for first degree murder and three years each on the two counts of unlawful use of a weapon by a felon — to be served concurrently.