JOLIET, Ill. - Joliet West High School's homecoming football game has been cancelled after some players tested positive for COVID-19 and the others were directed to quarantine.

The news is a major disappointment for the high school seniors.

Vaccinated players were able to return to class Friday, after going remote and completing quarantine.

They wore their jerseys to show school spirit but Friday night's homecoming game will be a forfeit, due to high transmissions of COVID on the varsity football team. Other homecoming activities will go on as planned.

Parents say 38 unvaccinated players have to quarantine until next week, which means they will miss the homecoming dance and more in-person classes, and that can be damaging. 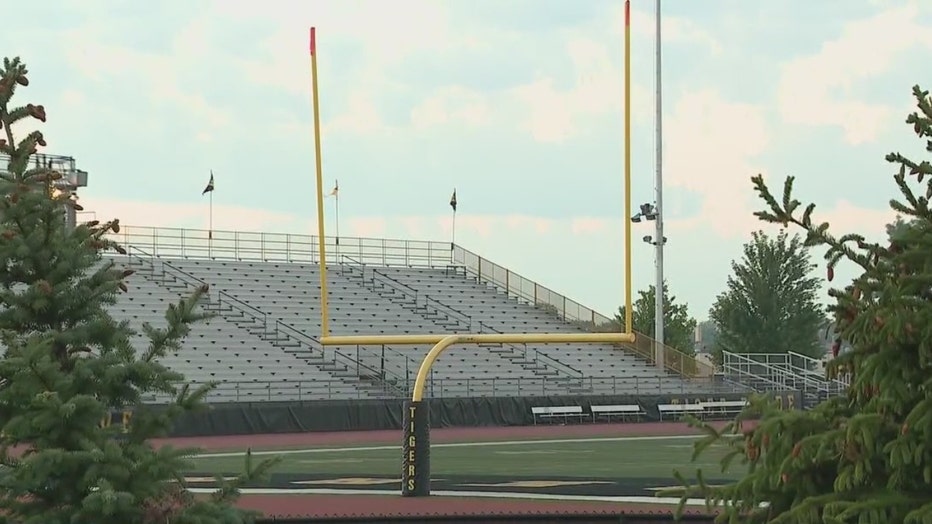 One parent told FOX 32 her son is a senior and tested negative several times, but is stuck in quarantine.

"Even though it was heartbreaking, my son and other sons could not play the homecoming football game. Football is a game," said Amanda Schraer. "Being in school, their social and mental skills are priority, being in the classroom where they can be taught. My son almost failed junior year because he is not a good learner on e-learning. We made it through, we fought all the way to the end but being back in the school he's happier, the social skills are back. He's hanging out with friends again and he was doing really good."

Schraer says the school is unfairly punishing her son, who is healthy and has never had COVID.

Another football game will be designated as homecoming. The players say they’ll have to make up the losses and they feel like they will still have a good season.