LOS ANGELES - A judge Thursday said she expects Britney Spears' father and trust company to work together to develop an investment plan and budget for the benefit of the pop star, despite the singer's stated displeasure with her father's role as the co-conservator of her estate.

Los Angeles Superior Court Judge Brenda Penny set another hearing for March 17 for updates on the progress made by Jamie Spears and the Bessemer Trust Co.

Both Jamie Spears and the trust company are sharing the management of his daughter's business affairs. The 39-year-old singer's lawyer, Samuel Ingham III, said his client would be happier without her father involved.

"It's no small secret my client doesn't want her father as the co-conservator," Ingham said.

However, Vivian Thoreen, the attorney for Jamie Spears, said the singer at one time stated she wanted her father to be the sole conservator of her estate. Thoreen has said her client has faithfully looked after his daughter's interests since 2008, when the mother of two was placed under a conservatorship after she went through an extended period of exhibiting bizarre behavior, including shaving her head. 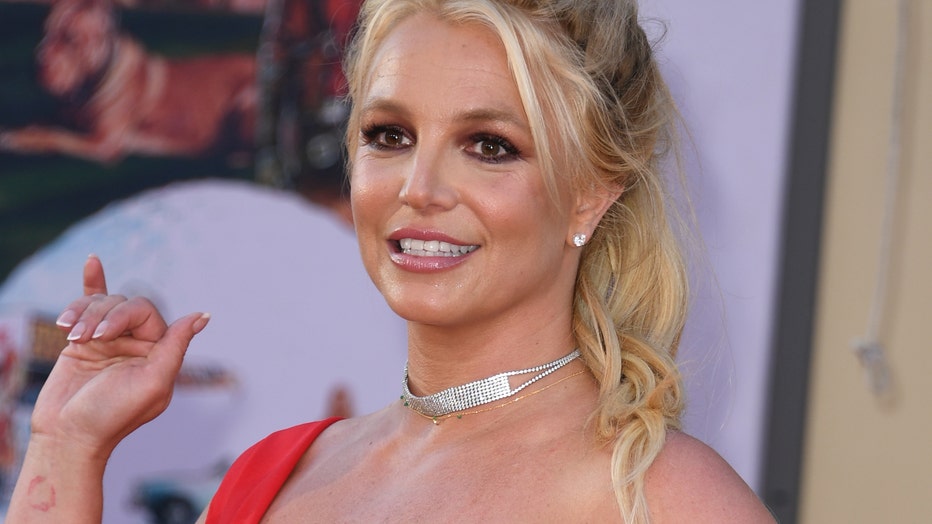 US singer Britney Spears arrives for the premiere of Sony Pictures' "Once Upon a Time... in Hollywood" at the TCL Chinese Theatre in Hollywood, California on July 22, 2019. (Photo by VALERIE MACON/AFP via Getty Images)

Thursday's court hearing came days after the release of "Framing Britney Spears," a feature-length documentary that details Spears' conservatorship and her court battle with her father over who should control her estate.

The documentary's release quickly re-energized many of Spears' fans, who have actively participated in an online "FreeBritney" campaign calling
for an end to the oversight of her life and affairs. A large contingent of fans, most carrying brightly colored pink signs proclaiming support for Spears, was present outside the west entrance of the courthouse Thursday.

Attorneys for Jamie Spears have repeatedly insisted he has done excellent work managing his daughter's finances. But in 2019, Spears canceled her Las Vegas residency and checked into a mental health facility after revealing that her father was sick. She has not performed live since 2018, and her attorneys have said she won't do so again while her father controls her affairs.

Despite Spears' request, her father has remained in his conservator role, but in November, Penny appointed Bessemer Trust as co-conservator. Spears' attorneys want Bessemer to become the sole conservator, but the judge has not yet ruled -- sparking dismay among her fans in the ``FreeBritney'' movement decrying repeated delays in key decisions in the court battle.

Spears herself has never directly addressed the situation, although fans have taken to closely analyzing her social media posts, looking for any signs she may be trying to communicate with her fans or signs of personal distress.

In a Twitter post this week, Spears wrote, "Each person has their story and their take on other people's stories!!!! We all have so many different bright beautiful lives!!!! Remember, no matter what we think we know about a person's life it is nothing compared to the actual person living behind the lens!!!"

Spears also posted a video of her performing her song "Toxic" three years ago, writing, "I'll always love being on stage .... but I am taking the time to learn and be a normal person .... I love simply enjoying the basics of every day life !!!!"