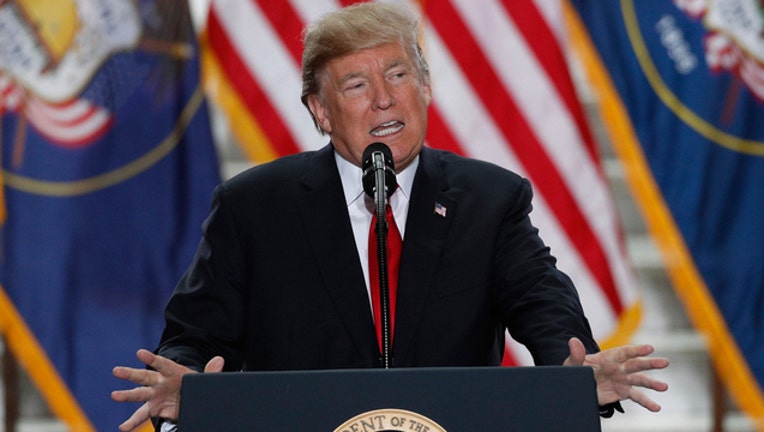 BATON ROUGE, Louisiana (AP) -- A senior federal judge in Louisiana died Saturday, days before he was to preside over the trial of a private investigator accused of trying to get Donald Trump's tax returns illegally during the 2016 presidential campaign, court officials said.

Chief Judge Brian A. Jackson of Louisiana's Middle District said Saturday in a statement that Judge James J. Brady had died. Michael McConnell, clerk of court for the district, confirmed that Brady died Saturday at a Baton Rouge hospital after a brief illness.

Brady was to preside as jury selection began Monday in the trial of Jordan Hamlett. It was not immediately clear what would happen with the trial following Brady's death.

The 32-year-old Lafayette resident is charged with misusing a Social Security number in his attempts to access Trump's tax information through a government website. Authorities say Hamlett failed in his attempts to get Trump's tax returns several weeks before last year's presidential election.   Hamlett's attorney says he didn't have "intent to deceive" -- a key element of the charge he faces.

Every president since Jimmy Carter has released tax returns, in what has become an American tradition during presidential elections. Trump has refused to release his.

A biography on the court's website says Brady was nominated to the bench in 1999 by then-President Bill Clinton and assumed senior status in December 2013. Senior status is a form of semi-retirement for federal judges, who get lifetime appointments. It enables them to take reduced caseloads while continuing to draw a salary.

The district's chief judge said in his statement that Brady's fellow judges "mourn the loss of our esteemed colleague and friend." He continued, "Judge Brady's remarkable career as a federal judge was exemplary and his commitment to providing equal justice under the law resonated throughout his career as a lawyer and a judge. He will forever be remembered for his extraordinary integrity, compassion and devotion to the rule of law."

Louisiana Gov. John Bel Edwards said in a statement that Brady "represented honesty, fairness and integrity on the federal bench in Louisiana, and his wisdom in the courtroom will be sorely missed."