Chicago police on Monday released hundreds of files from the investigation into Jussie Smollett's claim he was attacked by two men, including video footage that for the first time shows the "Empire" actor with a thin, white rope wrapped around his neck that he told detectives was a noose.

CHICAGO - An attorney hired by Jussie Smollett to lead the actor’s defense against charges accusing him of lying to Chicago police is now fighting to stay on the case after another attorney accused him of talking to two key witnesses about representing them.

Cook County Judge James Linn said during a hearing Tuesday that he needs to determine if Nenye Uche talked to Abimbola and Olabinjo Osundario in the days after Smollett reported that two masked men attacked him in downtown Chicago.

The brothers are crucial to the case because they told authorities that Smollett — a Black and openly gay man who starred in the television program "Empire" — paid them to fake the racist and homophobic attack in January 2019.

After police searched for some weeks for evidence of the apparent hate crime, authorities announced that Smollett had staged the attack to further his career and arrested him on felony disorderly conduct charges for filing a false police report. 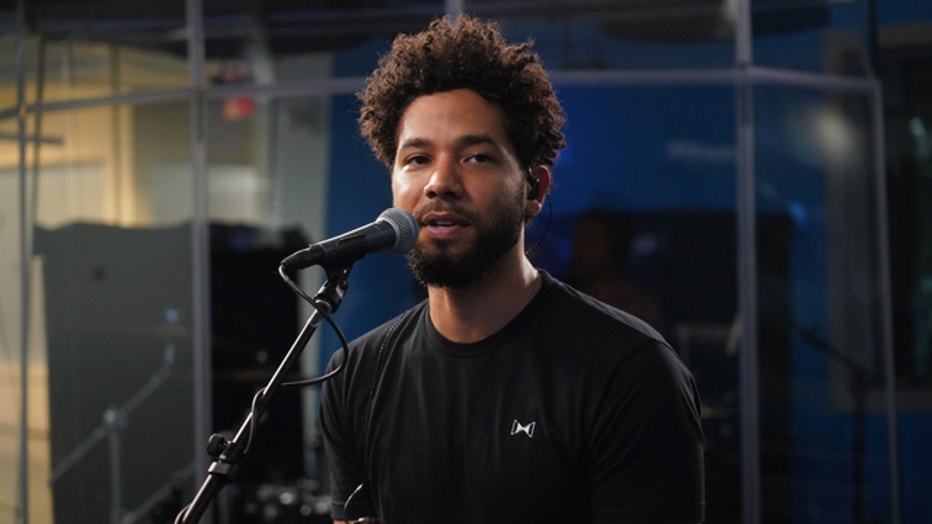 On Tuesday, Gloria Rodriguez, who is representing the brothers, and Special Prosecutor Dan Webb argued that Uche should be kicked off the case because he may have gathered confidential information from the brothers when they thought he might represent them.

Uche said he never met the brothers and never talked to them, though he acknowledged that he did talk by phone with their mother early in the investigation and had no way of knowing if the brothers were listening.

Rodriguez told Linn that Uche did more than talk to their mother.

"My clients distinctly remember speaking to him," she said.

Linn ordered an evidentiary hearing to be held, though he did not set a date.

The hearing will delay an already much-delayed case; Charges were brought against Smollett then dropped, an investigation on the decision to dismiss the case was conducted and a special prosecutor, Webb, secured a second indictment against Smollett.

The actor has pleaded not guilty and maintains his innocence.