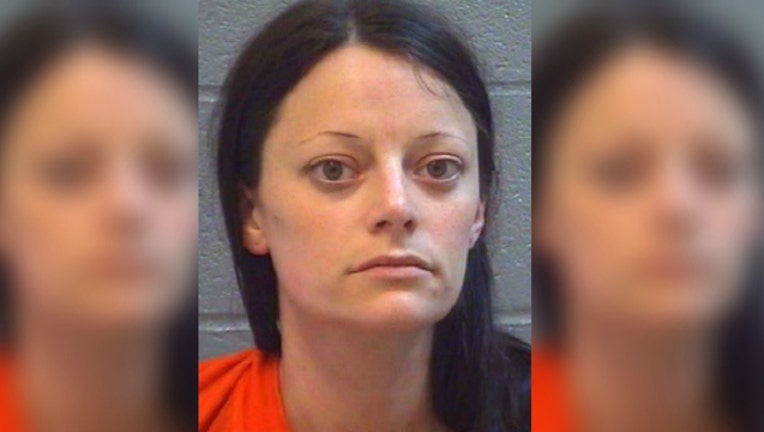 (AP) - An Arizona woman accused of faking a cancer diagnosis to get the state to pay for her late-term abortion was convicted of fraud and other charges Monday.

Maricopa County Superior Court officials said jurors found Chalice Renee Zeitner guilty of all 11 counts against her. The aggravation phase of her trial was scheduled to begin Monday afternoon.

Zeitner, 30, was tried on charges including fraudulent schemes, theft, forgery and identity theft.

She was accused of presenting falsified medical records to support her claim that she had cancer and telling an obstetrician that her pregnancy put her life in danger.

Investigators say the scheme was discovered a year after the 2010 abortion.

Zeitner's attorney Adam Schwartz told jurors in opening statements that his client genuinely believed she had cancer and didn't set out to defraud anyone.

According to attorneys for the state, Zeitner told her doctor in 2010 that she was undergoing chemotherapy and radiation for cancer and that her fetus had been exposed to radiation.

After a specialist found her fetus was healthy, they say Zeitner didn't give up the alleged scheme and forged a letter from another doctor that stated her pregnancy had to be terminated to save her life.

The Arizona health care program in which Zeitner was enrolled covers the cost of abortions in limited circumstances, such as when a mother's life is endangered. Prosecutors say she never mentioned cancer when she applied.

Zeitner allegedly claimed before her abortion that she had stage IV cancer in her abdomen and lower spine and told her obstetrician that she was scheduled to resume cancer treatment at a hospital in Boston. Her abortion occurred 22 weeks into her pregnancy.

Investigators say the scheme was discovered a year after the April 2010 abortion when a doctor who performed a C-section during Zeitner's subsequent pregnancy found no signs of cancer. Another doctor who was listed on medical records as having treated Zeitner for cancer later said he never treated her.

Zeitner was arrested in May 2015 in Georgia, where she was living under an assumed name.

The state estimates that more than $6,000 was spent on health care related to her abortion.

She is also accused of using a fake identity on social media to convince her boyfriend to set up a fundraising website for her cancer treatments.

Zeitner faces a trial May 25 in a separate case in which she is accused of defrauding a charity for military veterans and the leader of a second charity in 2012.

She allegedly persuaded one charity to buy $7,700 worth of tickets for a gala with the promise of returning the money and providing a portion of the event's proceeds. But investigators say Zeitner cancelled the event and instead spent the money on personal expenses.