Jussie Smollett's trial jury was selected on Monday in the case against the former "Empire" actor for allegedly faking a hate crime back in January 2019.

Smollett, 39, is accused of lying to police about being the victim of a racist and homophobic assault in Chicago and has been charged with felony disorderly conduct.

A class 4 felony, the crime carries a sentence of up to three years in prison. However, experts have said it is more likely that if Smollett is convicted he would be placed on probation and perhaps ordered to perform community service.

Former federal prosecutor Neama Rahmani, who is not working on the case, told Fox News, he believes the odds are stacked against Smollett. "[The prosecution] has a really strong case," he said listing the evidence which includes phone records and texts between Smollett and his alleged hired attackers.

Abimbola and Olabinjo Osundairo, two brothers, told police Smollett paid them $3,500 to pose as his attackers.

Jussie Smollett "is a real victim" of a "real crime," his attorney said in opening statements at the ex-"Empire" actor’s trial Monday.

"The prosecution is strong because of corroborating, independent evidence that is consistent with Smollett making a false police report," Rahmani explained. "What type of explanation can Smollett's attorney have to justify him contacting the brothers?"

Rahmani admitted he "expects a guilty verdict" and thinks Smollett is "someone who doesn't deserve any type of break." In fact, the legal expert believes the trial only "brings more attention to Smollett's misconduct" which the public was starting to forget about since the incident occurred before the pandemic.

Whether Smollett, who is Black and gay, testifies remains an open question. The brothers are expected to testify at trial and repeat what they told police in the past, that Smollett paid them to carry out the attack in order to raise his public profile. 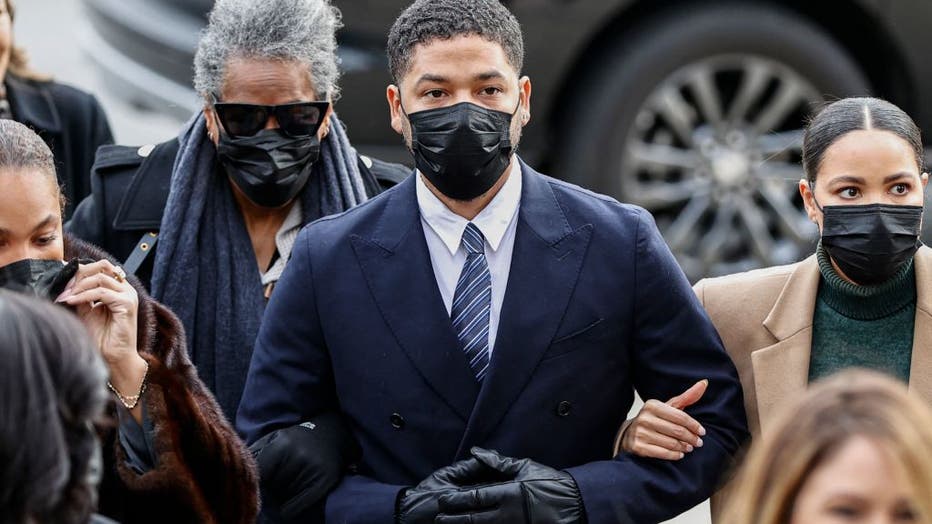 Jussie Smollett arrives at the Leighton Criminal Court Building for the beginning of his trial on new disorderly conduct charges on November 29, 2021 in Chicago, Illinois. - Former "Empire" star Jussie Smollett is accused of making false reports to a

"The judge will consider that Smollett has no history of any arrests nor convictions--and thus will likely give him a probationary sentence. Keeping that in mind, however, this was a case that got national attention, and stirred a lot of anger that Smollett would stage this kind of grotesque racial attack.  As well, the City of Chicago spent a lot of money investigating these false charges. Thus, I would not be surprised if the Judge imposes some kind of sentence, considering the nation is watching."

Smollett's former attorneys, Todd S. Pugh and Victor P. Henderson, previously denied that the attack was a hoax, previously telling the press, "As a victim of a hate crime who has cooperated with the police investigation, Jussie Smollett is angered and devastated by recent reports that the perpetrators are individuals he is familiar with. He has now been further victimized by claims attributed to these alleged perpetrators that Jussie played a role in his own attack. Nothing is further from the truth and anyone claiming otherwise is lying."