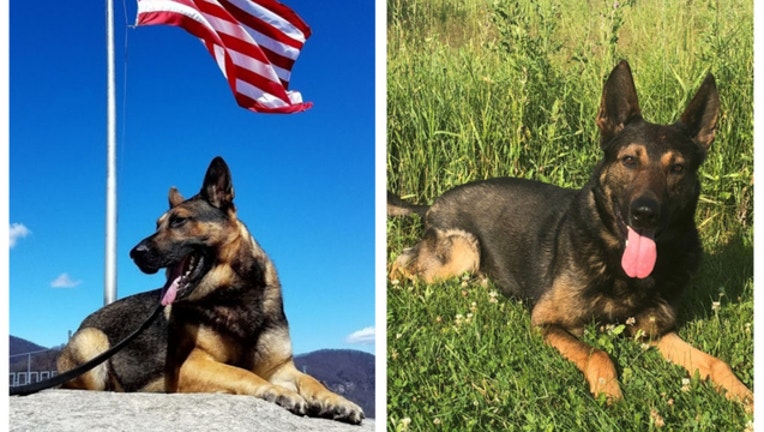 Deputy Dwight Arrowood and K-9 officer Duke were called about 10:20 p.m. Monday to a residence in the 700 block of Sheridan Road in north suburban Lake Bluff to help locate a man who ran off from a domestic battery, the Lake County sheriff’s office said. They found the man hiding under a tree, covered in brush near the home.

The next day, Deputy Craig Somerville and K-9 officer Diesel were dispatched about 12:20 p.m. to the area of the 35300 block of North Neilson Drive in north suburban Round Lake, the sheriff’s office said.

An ambulance was sent to take a 36-year-old man to the hospital for a mental health evaluation, the sheriff’s office said. Before the ambulance arrived, the man had jumped from a bedroom window and run off.

Somerville and K-9 Diesel found the man nearby in the area of West Oak Street and North Neilson Drive in unincorporated Round Lake, the sheriff’s office said. The man was taken to an area hospital.

“I am very proud of Deputies Somerville and Arrowood, as well as their Canine Partners,” Sheriff John Idleburg said in a statement. “In just 14 hours, your Lake County Sheriff’s Canine Teams located a man in mental crisis and a person wanted for domestic battery. Our four Canine Teams are a tremendous asset to the Lake County Community.”