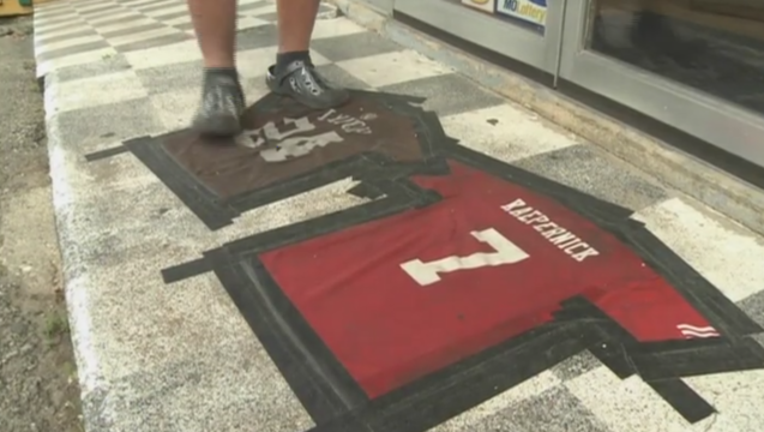 A Missouri bar is facing a wave of backlash online after using the jerseys of Colin Kaepernick and Marshawn Lynch as doormats at the business’ entrance.

SNAFU Bar in Lake Ozark is being called racist after placing the two NFL jerseys in front of the establishment's doorway, in an order that reads “Lynch Kaepernick.”

Jason Burle, the owner of the bar, told KOMU he didn't intentionally place the doormats on the ground in that order, but that he did decide to use the jerseys as doormats because he doesn’t agree with the NFL players taking a knee during the National Anthem to protest police brutality and social injustice.

Burle told KOMU “it’s not a race thing,” but many people are outraged by the display, claiming the arrangement of the jerseys was in bad taste.

Taylor Sloan, who saw the jerseys outside SNAFU, complained on the bar’s Facebook page about the uncomfortable word association.

Read the full story at FoxNews.com