There were two large marching demonstrations. One on the North Side earlier in the day and another on the South Side in the evening. The earlier rally was led by Chicago Public Schools students, teachers and parents, and the South Side protest included Kanye West.

The North Side group's main demand is defunding the Chicago Police Department. Citing the fact that Chicago police are budgeted $1.8 billion this year, the protesters want to see that money go to neighborhoods, schools, counselors and nurses.

The earlier march during the afternoon kicked off at Lincoln Park High School. Some in the crowd said they do not believe in policing or police being in schools.

“I’ve never had a good encounter with a cop,” said Sam Cox.

“We’ve hit a breaking point… [there’s] no reason CPS should still have a contract with CPD,” Julio Miramontes said.

The evening march kicked off at 47th and State Street. Kanye West walked with demonstrators down State Street, but did not speak to the crowd. 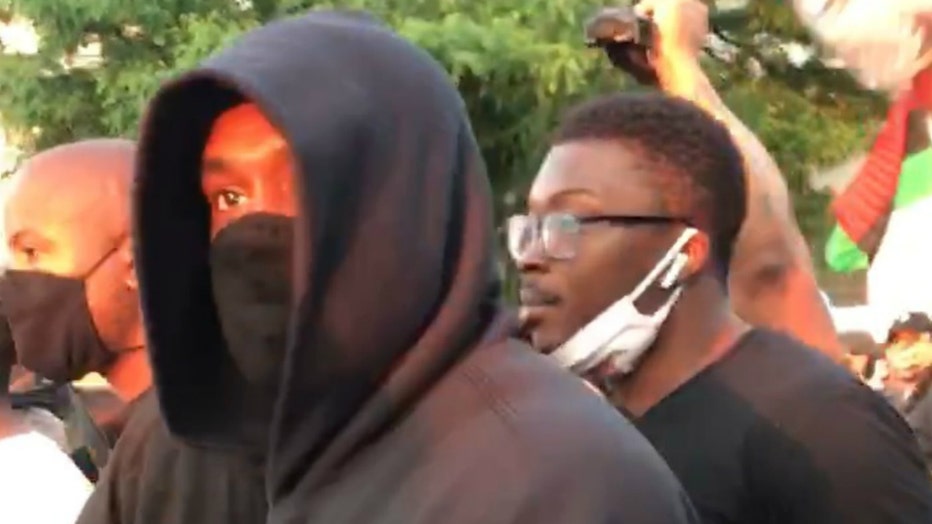 On Thursday, TMZ reported Kanye has donated $2 million to the families of Ahmaud Arbery, Breonna Taylor and George Floyd, and set up a college savings fund to fully cover tuition for Floyd’s 6-year-old daughter, Gianna.

TMZ also reported that Kanye is donating to several black-owned businesses in his hometown of Chicago and beyond.